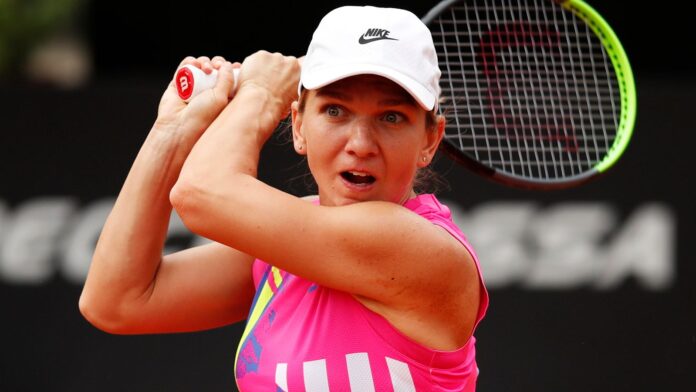 “I’m more mature, more relaxed because I could see that the most difficult things are in life in general, not in sport. So being able to do this as good as I do in the last seven years, it’s a big thing”

“The pandemic got me in a place that I really dreamed to be,” Simona Halep says she had found inner calm during tennis’s coronavius shutdown.

Halep won the Dubai title before the WTA Tour’s suspension in March and lifted the Prague crown on its resumption, before claiming another crown in Rome on Monday to emerge as the front runner for the French Open, which begins on Sunday.

The Romanian said she had found inner calm during the lockdown and that she had returned to the courts with more maturity and perspective on the game.

I always dreamed of holding this trophy ❤️

Thank you to the tournament @InteBNLdItalia for a fantastic week and also big thanks to my team.

“The pandemic got me in a place that I really dreamed to be,” the world No 2 told the WTA Insider Podcast.

“I’m more mature, more relaxed because I could see that the most difficult things are in life in general, not in sport. So being able to do this as good as I do in the last seven years, it’s a big thing.”

Halep, 28, said her first Rome title, which she won when Karolina Pliskova retired due to injury, was the culmination of a dream she had since 2013, though she was a much different person now.

“Back then I was fighting with everyone, with myself, the opponent, the ball, the racquet, the weather, the crowd, the team, so I have many on the list,” she said.

“Now I tell myself I’m much better in that direction – I have to fight with the opponent because I face an opponent.”

And while many have her as the favourite for a second title at Roland Garros after her 2018 triumph, Halep said she would take it one match at a time.

“If people think I’m a favourite, I’m not thinking about that because every match it’s a battle and everyone wants to get it so badly,” she added. “So I’m focusing on my game like I did here, like I did in Prague. I’m not stressing about results.”