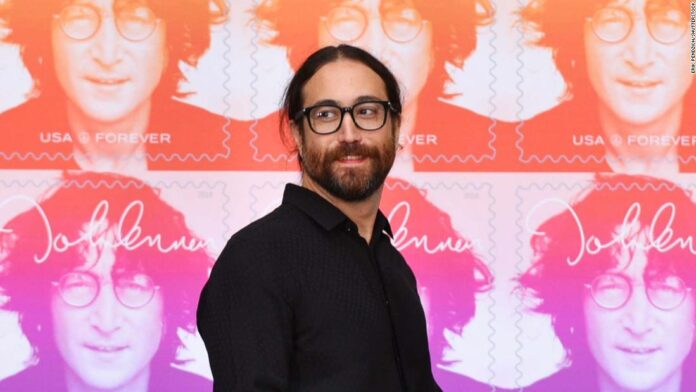 The younger Lennon will interview his brother Julian Lennon, Paul McCartney and Elton John in a two-part documentary, BBC Radio 2 has announced.
“John Lennon would have turned 80 years old on Friday 9 October,” a press release about the event reads. “Hosted by his youngest son Sean in his first-ever radio show about his father, this is a celebratory, musical, family portrait of the legendary musician. It sheds fresh light on John’s remarkable life in music — one which created some of the most important musical milestones of the 20th Century — and also delves deep into his incredible back catalogue.”
The documentary is scheduled to be broadcast over two days in October.
It will mark the first time Sean and Julian Lennon (who have different mothers) have spoken publicly together about their father.
It is also the first time Sean Lennon has talked publicly with John Lennon’s songwriting partner and Fellow Beatle, Paul McCartney.
The elder Lennon was shot and killed by Mark David Chapman outside Lennon’s apartment building, the Dakota, in New York City on December 8, 1980.
Chapman was recently denied parole for the 11th time.