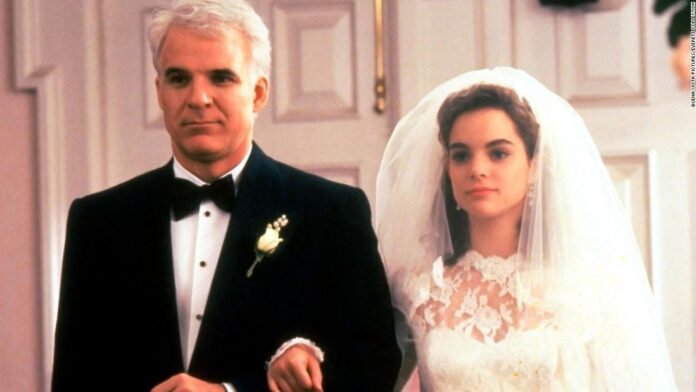 Netflix announced the event Wednesday morning by posting a short teaser video to its Twitter account. The caption simply read: “Something is coming.”
In the 1991 movie, which was a remake of the 1950 original of the same name, Steve Martin played George Banks, a father struggling to come to terms with the idea of letting his daughter Annie (Kimberly Williams-Paisley) fly the nest and get married. Diane Keaton played his wife, Nina.
The announcement imagines George Banks checking his emails. There are messages in his inbox from “Masks-R-Us,” and one reading “Just when we thought 2020 couldn’t get worse…”
He then clicks on an email reminding him to join an upcoming family video call on September 25.
Fans of the classic comedy can tune into the reunion on Netflix’s YouTube channel and Facebook page on Friday, Sept. 25 at 6 p.m. ET.
No details have been given so far on which members of the original cast will be joining the virtual event, or whether it will be pre-recorded or live.
The “very special reunion” is in aid of World Central Kitchen, a non-profit organization that provides meals during times of crisis, such as natural disasters and the Covid-19 pandemic.
Earlier this month, “Father of the Bride” co-writer Nancy Meyers teased a potential reunion. The writer and filmmaker took to Instagram to share a screengrab of the movie’s poster, along with the caption: “If he thought a wedding was a lot, how would he react to 2020? Coming soon to the phone in your hand!”