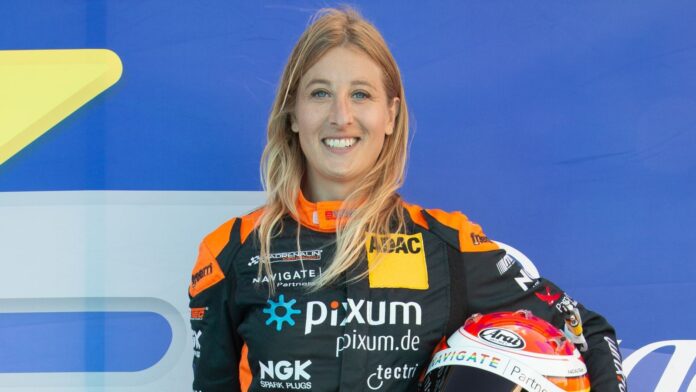 “I’m so thankful for the opportunity to do something that has never been done before,” says Martin ahead of endurance race challenge

Charlie Martin will make history this weekend when she becomes the first-ever transgender competitor to take part in the Nurburgring 24-hour race.

The Leicestershire-born professional driver will enter the prestigious event, officially known as the ADAC TOTAL 24-hour race, in a BMW M240i with Adrenalin-Motorsport, with whom she has raced all season in the Nürburgring Endurance Championship.

Each lap of the Nürburgring Nordschleife includes 170 corners and over 300 metres of elevation change. It is a uniquely challenging track, nicknamed ‘The Green Hell’ by Formula 1 world champion Jackie Stewart.

A racing driver for over 15 years, Martin’s career has included hillclimb in Britain and Europe, the Ginetta GT5 Challenge and the Michelin Le Mans Cup.

This weekend’s race will mark her 24-hour endurance racing debut, and an important touchpoint on her way towards her goal of racing in the iconic Le Mans 24 Hours.

Martin said: “I’m so excited to race in the Nurburgring 24 Hours. This is one of the biggest endurance races of the year, on a circuit famous for its complexity and changeable conditions.

“This is also a very proud moment for me as the first transgender entrant in this race. After such a crazy year, this could so easily not have happened and I’m so thankful for all the support I have received in preparing me for this moment and the opportunity to do something that has never been done before.”

Martin has also announced her plans for next season. She will join racing manufacturer Praga for 2021, which will include racing their brand new Praga R1 prototype car in the Britcar Championship.

VERY excited to announce that I’ll be racing @praga_cars R1 in 2021 in @BritcarNews !! ✊🏼🏁🚀
So impressed by this car when I drove it last year 🤩 cannot wait to get testing ! #WednesdayMotivation pic.twitter.com/JMYAZFn5r6

“I’m very excited to be invited to join the Praga family,” added Martin. “I first tested both versions of the R1 at MotorsportDays Live in 2019 and was really impressed by how the car offers the best of GT and prototype driving in one package – and there’s no ignoring how fantastic it looks on track!

“I have been really impressed by Praga’s long-term vision for the brand and I’m excited to make a real contribution. We know that the car is a race-winning package and the first task is to deliver strong race results and set our sights on winning the championship.”

The ADAC TOTAL 24-hour race will commence at 1530 local time on Saturday.