Home Sport Rodgers: Ndidi out for up to 12 weeks 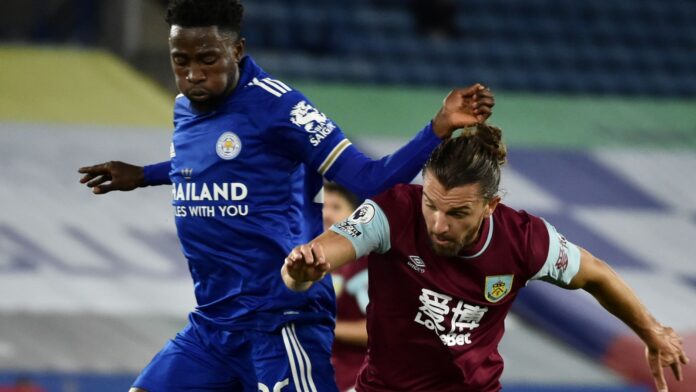 Ndidi has been operating as a makeshift central defender this season; Leicester face Man City on Sunday, live on Sky Sports

Leicester midfielder Wilfred Ndidi could be out for up to 12 weeks, manager Brendan Rodgers has announced.

Ndidi suffering an abductor injury in Sunday’s Premier League win over Burnley and was absent from the matchday squad for Wednesday’s Carabao Cup defeat to Arsenal.

Speaking after the game, Rodgers confirmed the Nigeria international, who has been operating as a makeshift central defender for the Foxes so far this season, may require surgery on the issue.

“We are just waiting to hear more on that, but he could be anything between six and 12 weeks,” he said.

“It is an abductor injury – it may have come off the bone which could be a nasty injury, so we will wait to see if needs an operation – it does then it will be 12 weeks.”