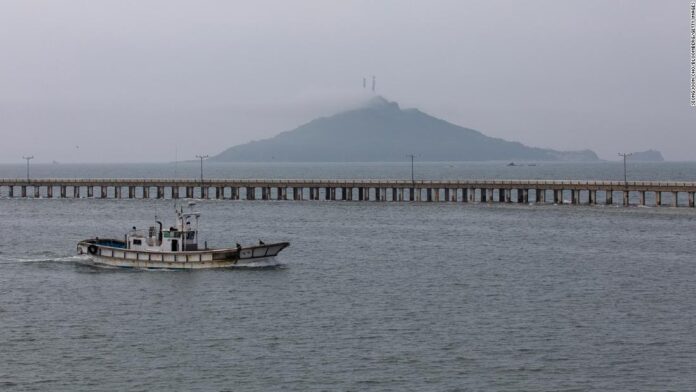 According to Lt. Gen. Ahn Young-ho, a top official with South Korea’s Joint Chiefs of Staff, a staffer with the Ministry of Maritime Affairs and Fisheries went missing in waters 1.9 kilometers (1.2 miles) south of the Yeonpyeong Islands on September 21.
The islands lie near the maritime border between North and South Korea, and at some point, the official crossed into North Korean waters, after which, according to South Korean intelligence, North Korean forces opened fire, killing the South Korean. They later burned his body, Ahn said.
In a statement, the South Korean military said it “strongly condemns the North’s atrocities” and urged Pyongyang to provide an explanation and punish those responsible.
“In addition, we sternly warn that North Korea is responsible for the atrocities committed against our citizen,” the statement added.
Tensions have been rising between North and South Korea since communication between the two sides was cut off in June, when Pyongyang first closed and then blew up a joint liaison office in Kaesong, a city on the northern side of the border.
The deterioration in relations came after a years-long rapprochement led by South Korean President Moon Jae-in resulted in historic meetings between himself and North Korean leader Kim Jong Un, as well as summits between Kim and US President Donald Trump.
But those meetings ultimately did not deliver significant results for all sides, and North Korea has taken an increasingly strident tone towards its southern neighbor, a shift in stance that has come as Kim’s sister, Kim Yo Jong, moved into a more influential position in the North Korean regime.
A South Korean civilian was killed by the North in 2008, when a soldier shot a South Korean tourist at the Mt. Kumgang ski resort. In 2010, 46 South Korea sailors and two South Korean marines and two civilians were also killed by North Korea in separate incidents.

CNN’s James Griffiths and Joshua Berlinger contributed to this report.