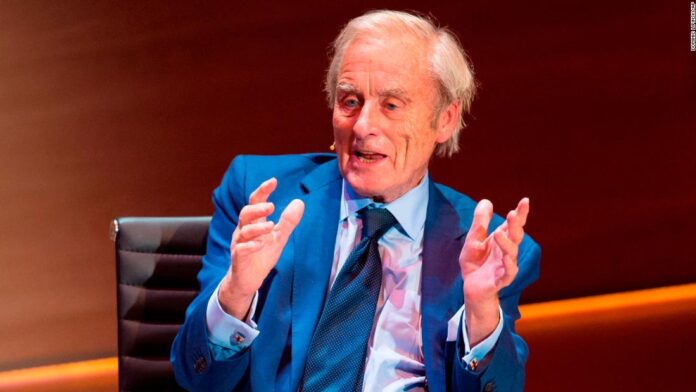 Reuters reported that Evans’ wife, the magazine editor Tina Brown, said he died of congestive heart failure in New York. CNN Business has not spoken with Brown.
Evans rose to prominence as the editor of the British newspaper The Sunday Times, which he oversaw from 1967 to 1981. He led a team of investigative journalists that exposed huge political scandals and other abuses. He left the paper to lead the Times of London after it was purchased by Rupert Murdoch, but was ousted after only a year because of disagreements over editorial independence.
Since joining Reuters as an editor at large in 2011, Evans had led a series of conversations with world leaders including former British Prime Minister Tony Blair and former US Vice President Al Gore.
“He set the world’s gold standard for journalism in the public interest, exposing deadly corporate secrets and the spy scandal of the century,” Reuters said in a statement after his death, referring to a story published by The Sunday Times in 1967 about Kim Philby, the famous British traitor who acted as a double agent for the Soviet Union during the Cold War.
One particularly notable investigation published at the Times under his watch uncovered the plight of British children who suffered birth defects because their mothers took thalidomide, a morning sickness drug.
Asked years later by CNN about the most rewarding time in his career, Evans pointed to that investigation and subsequent campaign, which eventually led the British government to offer settlements to victims.
“If you don’t have newspapers … prepared to do that, you will get just an increase in injustice,” Evans told CNN in 2009.
At the time, Evans suggested that a “golden age of journalism” could still be ahead for the industry because of how easily the internet enabled effective journalistic research.
“I carry a health warning,” Evans added. “Beware, this man is an eternal optimist.”