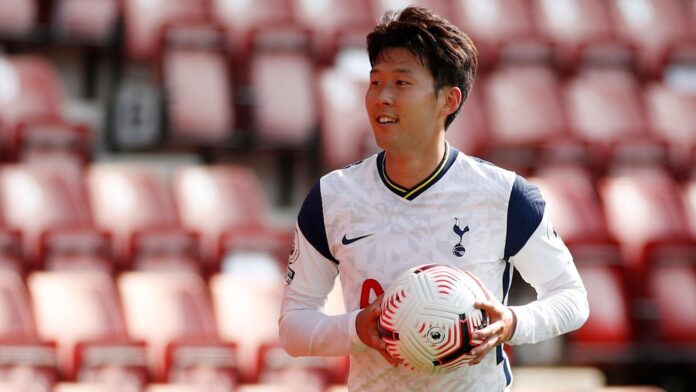 There may have only been a handful of games played, but who has impressed in Fantasy Football so far and who should you look to recruit in the coming weeks?

With only a short period until the Overhaul, there will be a number of players on Fantasy wish lists, with plenty of planning to be done before those unlimited amount of transfers are permitted.

Some have come out of the blocks firing, but that does not mean you should get on board straight away. Careful calculation is required, but this is where the points have come from since the start of the season for the top five.

Heung-Min Son scored four of Tottenham’s five goals against Southampton, all of which were assisted by England captain Harry Kane. Son took his goals superbly, but only 7.84 per cent of Fantasy Football managers benefitted from this. Unsurprisingly, the Tottenham attacker does find himself in 21.5 per cent of the top 1,000 Fantasy teams in the game.

The Southampton fixture alone gave Son 28 of his 30 points, with a man-of-the-match award and tier two shots bonus points contributing to his total. He will have chance to extend this in Gameweek 3 with a home game against Newcastle, who conceded three at home to Brighton in their last outing.

Dominic Calvert-Lewin has also scored four goals this campaign, thanks largely to a hat-trick against newly-promoted West Brom. This was after his bullet header handed Everton their first three points of the season at Tottenham. The English frontman is already well on his way to bettering his 13 Premier League goals of 2019/20.

Again, Calvert-Lewin is only in a small percentage of Fantasy Football teams (6.62), although he has been brought into 3.22 per cent of teams over the course of the week, little surprise with his start to the campaign. With Crystal Palace and Brighton to play before the Overhaul, it could be worth eating into one of your 40 transfers to bring the striker in.

Wilfried Zaha is an interesting one. Highly tipped previously, he was playing as part of a front two which drew some consideration, and Zaha has done more than enough to emphasise that point. With a goal against Southampton followed by two against Manchester United, the Crystal Palace winger comes in at number three in the early running.

Zaha is most definitely one to monitor, both up until and after the Overhaul. Palace face only Wolves from last year’s top seven in their seven fixtures after Chelsea, which could allow him to act as a strong differential option – you could utilise Zaha as a midfielder in Sky Sports Fantasy Football and benefit from him playing in that forward position for Palace. An opportunity for points in abundance.

It was the dream debut for Gabriel Magalhaes, who notched from a corner, helped his side to a clean sheet against Fulham and took home the man-of-the-match award.

In a second successive match, the Brazilian hit over 70 passes to reach tier two bonus points from that field, taking his seasonal tally to 25 after two games, a solid start to life in the Premier League and Sky Sports Fantasy Football.

Whether Arsenal will be reliable when it comes to clean sheets is unknown, but under Mikel Arteta they will continue to play out from the back, so the chance for Gabriel to rack up plenty of passing bonus points is more evident than ever, meaning averages could be a positive factor in including him in your Fantasy XI.

Mohamed Salah started the season in typical Salah style, with a hat-trick against Leeds rewarding the 28.44 per cent who were on board with the Egypt international. A man-of-the-match award and tier two shot bonus points made up his 23 against Marcelo Bielsa’s side – the perfect start for the most expensive player in the game.

Salah did draw a blank – aside from two appearance points – against Chelsea, but fear not, there are still two prime opportunities for Salah to pick up a hefty haul of points before the Overhaul. Liverpool face Arsenal on Monday Night Football, providing a potential captaincy option for that gameday, followed by a trip to Aston Villa.

Will you recruit the Liverpool frontman? Will you bring in any of these early point-scorers before the Overhaul? Play for free here.