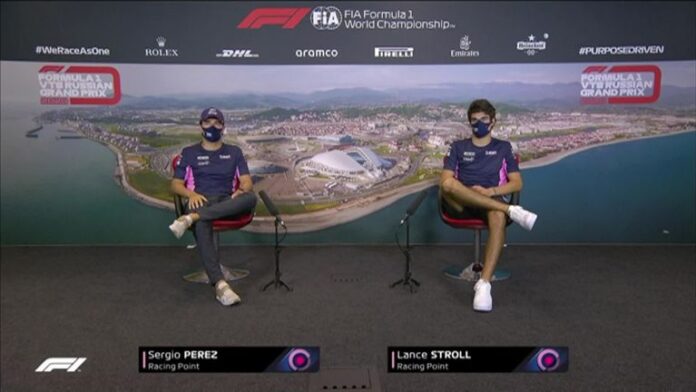 “At the moment we just have to be as transparent as possible to make sure that we achieve our goals,” says team’s outgoing driver

Sergio Perez has expressed disappointed at what he claims are examples of some at Racing Point “hiding things” from him since his departure at the end of the season was confirmed.

After weeks of speculation that he was set to lose his seat for 2021 to Sebastian Vettel, the Mexican officially learnt a fortnight ago that he was being let go at the end of the year after seven seasons at the team.

Eight races remain of a 2020 season in which much-improved Racing Point could realistically finish as high as third in the Constructors’ Championship. And Perez has suggested relations must remain as “transparent as possible” to finish the season strongly.

Asked in Thursday’s press conference on the opening day of the Russian GP if he he expected things to change with the team now that he is leaving, Perez said: “I don’t think so. I think everyone, we are focusing on the races ahead.

“Obviously since the news came out some people inside the team tend to hide things, which I don’t think is great. I think at the moment we just have to be as transparent as possible to make sure that we achieve our goals and make sure that we score as many points as we possibly can.”

Two weeks on from confirmation via a phone call from Racing Point owner Lawrence Stroll that he was losing his seat, Perez has been weighing up his potential options for next year.

The 30-year-old confirmed there had been “contact with a couple of teams, and talks”.

“I have to see what’s a real possibility,” he told Sky Sports F1.

“In the next week or so I will know exactly what options are realistic and which ones are not.

“Then I will be making a decision pretty soon. But I’m not in a rush – all the scenarios are promising.”