Home Sport How the draft for The Hundred 2021 will work 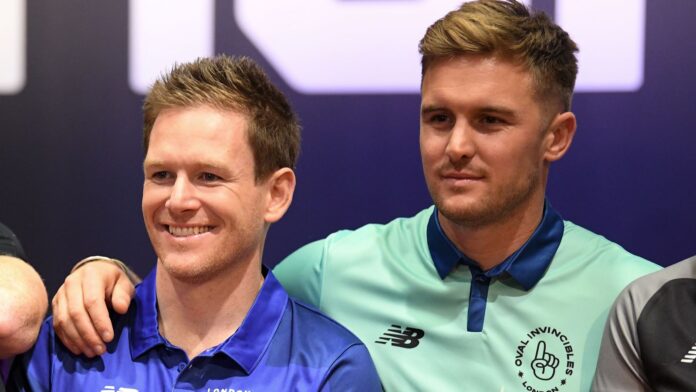 The Hundred will launch in 2021, an action-packed, unmissable 100-ball cricket competition that will put you on the edge of your seat.

Wondering how the 120 players will be picked by the eight men’s teams for 2021? Here’s how it will work:

HOW WERE THE HUNDRED TEAMS SELECTED IN 2020?

Each team had a squad of 15 players. Among each 15 was one England red-ball contracted player, and 14 Drafted players. Teams were permitted a maximum of three overseas players.

HOW WILL THE HUNDRED TEAMS BE SELECTED IN 2021?

This is a three-step process:

Players from the 2020/21 England red-ball contract list will fit into one of four categories:

England players and management will be able to once again withdraw from team selection. In the 2020 squads, this applied to James Anderson and Stuart Broad.

If there are eight eligible contracted players, all teams will have one player.

Once teams have retained/released players, any teams without an England player need one. They would select a player from the ‘England pot’ until all teams have one player. This would be done in a draw order.

If there are more than eight eligible contracted players, a new draw will be made to select the remaining player(s).

Teams start with their 2020 squad lists. From this they can negotiate to retain any or all of their players for 2021. A maximum of three overseas players are permitted.

Negotiations may take place during the ‘Retention Window’, between October 2020 and January 2021. Any player who has not agreed terms by the end of the retention window is automatically released.

Only players contracted to a team for 2020 will be able to sign contracts during the retention window.

At the end of the retention window, The Hundred will publish the final retained player list. This will highlight slots available to teams for the 2021 Draft.

If only one player is retained in a salary band, the higher slot in that band will be left open for the Draft.

A draw for the picking order of the Draft will take place after the retention window.

Each team will have a ‘Right to Match’ option. This will apply to players contracted for 2020, but released into the 2021 Draft pool. If a new team wishes to sign that player, his 2020 team may stop this by guaranteeing him the same salary band. Each team may only do this once, and only if they have an available slot in their squad list at that salary band.

WHAT HAPPENS AFTER THE HUNDRED DRAFT?

HOW ARE THE WOMEN’S TEAMS PICKED?

To read the full player selection process for the women’s teams click here.