Home Sport Lamouchi looking to move on from Forest collapse 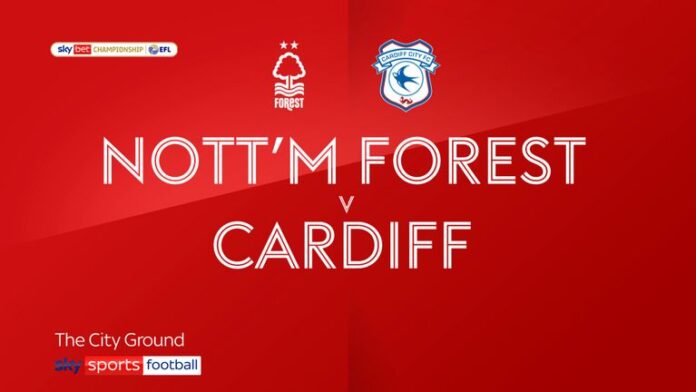 There is no way to sugar-coat it. Last season ended in disastrous circumstances for Nottingham Forest.

A shoo-in for the top six for the majority of the campaign, they even briefly flirted with pushing towards the automatic-promotion spots around the turn of the year. A failure to win any of their last six games, however, coupled with a nightmare-ish final day defeat at home to Stoke saw them do what had seemed unthinkable just a few weeks before and not even make the play-offs.

Sabri Lamouchi, though, is still convinced that a season that began with relatively low expectations was a success. In a way he is right, as Forest secured their highest Championship finish since 2011.

“The three teams who won promotion in the end were the three favourite teams with the three best squads, so it wasn’t a surprise at the end,” Forest boss Lamouchi tells Sky Sports. “The surprise was to see Nottingham Forest in the race, and to be just two points away from automatic promotion in January.

“That was the surprise, and we increased the belief. But our squad was short of quality and options and we missed some energy in the right games.

“My methods and the way we worked was not enough. It was the best season in 10 years here but I want more than that. I am a competitor and we deserve more. I’m not here to get 70 points and [miss out] on the play-offs, or to even lose in the play-offs and say thank you.

“We need to try and compete, but for that we need a squad with quantity and quality, because last season we didn’t have enough, and in key matches we failed and lost a lot of points. But this is behind us, and I’m looking forward.”

Lamouchi was the first manager in nearly a decade to complete a full campaign with Nottingham Forest last season, but two defeats from two so far has seen the pressure build already.

He needs to look forward and to turn his positive mentality into results soon at a club infamous for impatience, and he knows it.

“Of course it has been a bad start with two losses, and we can’t avoid these two bad results and the mistakes we have made,” he said. “But it’s a new season, we have signed different players with different profiles and there are new faces and new energies in the dressing room.

“It’s not enough to complain or talk about last season. 2020 has been an unbelievably difficult moment for a lot of people in our business, for clubs, managers and players, and last season was the best Nottingham Forest have had in the last 10 years, we just fell in the last month and it was our fault.

“I am sure, though, that if we had our fans and atmosphere in the City Ground we would never have fallen [out of the play-offs].

“What happened happened, and we need now to know why because the next season has started. It is not enough to complain and look behind us. We need to look forward, do our jobs, be professional and take responsibility.”

Huddersfield are the opponents on Friday night. They have a new manager at the helm in Carlos Corberan, but are without a goal or a point from two games themselves.

It represents a great opportunity for Lamouchi and Forest to belatedly get their season under way, and start building back to the team they know they can be.

At the start of lockdown there were a few tipping Lamouchi for Manager of the Season in the Championship, and he is determined not to let a few bad games at the end of the campaign taint what he considered to be a positive experience overall.

He is hoping that his squad can learn from it, and it will make them stronger.

“Last season was not so bad,” he says. “The end was tragic but it was not the end of the world. It’s an opportunity for us to understand why it happened and to do different things, because this club deserves much better. We are lucky to be here and I am proud to be the manager of this club. That was the case a year ago, and it’s the case now.

“I’m really focused on my job. The worst thing we can do is complain and find excuses, because we don’t have any. We are in a bad moment and we need to find a solution.

“We have signed some fantastic players with big experience, big potential and a lot of quality. It has given me a lot of options and I am very excited for the season. Of course we have started badly this season and we need to get a victory as soon as possible, as the Championship season is long and you need to be consistent.

“I know my job, and that is to work every day with maximum professionalism and focus on the next game. The players are with us in that.

“But I’m not so naive and I know we need results. In bad, difficult moments you need to be positive and united. Determination is the key to try and change things.”