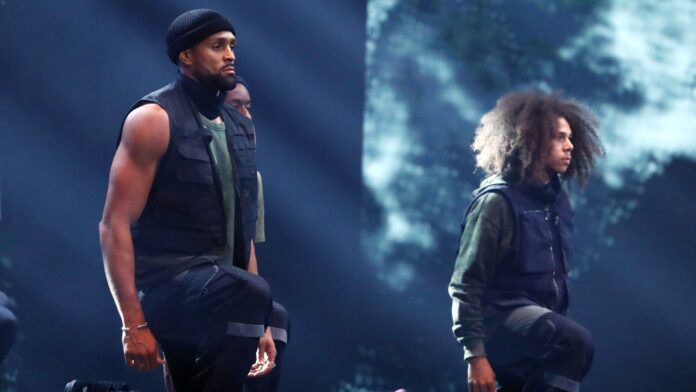 An episode of Britain’s Got Talent in which Alesha Dixon wore a Black Lives Matter necklace has led to 1,900 complaints to Ofcom.

The media regulator said most of the complaints were directly related to the 41-year-old judge’s choice of jewellery.

Her set of three gold necklaces, hung at different heights, spelled out the initials BLM.

Dixon’s pendants appeared to be an act of solidarity with dance troupe Diversity, who performed a dance routine inspired by the movement on the ITV show earlier this month.

The show aired on ITV on Saturday, and the number of complaints has now risen from 1,675 on Monday to a total of 1,901.

An Ofcom spokesperson said: “We are assessing these complaints against our broadcasting rules but are yet to decide whether or not to investigate.”

Last week, Ofcom announced that a Black Lives Matter-inspired performance on the show by Diversity would not face investigation.

The four-minute routine sparked around 24,500 complaints from members of the public after it aired on ITV on 5 September.

The performance saw a dancer playing a white police officer kneel on Ashley Banjo, echoing the killing of unarmed black man George Floyd in the US.

Dancers also took a knee against racism and police brutality.

ITV stood by their decision to broadcast the routine, praising the “authentic, heartfelt” performance.

After assessing the complaints, Ofcom ruled Diversity’s performance neither to be racist nor inappropriate for family viewing.

Following the decision, Banjo thanked those who had stood by the troupe for their support.

The dance routine is the second-most complained about TV item in the last 12 years.

Sky News has contacted Ofcom for comment on the latest round of complaints.