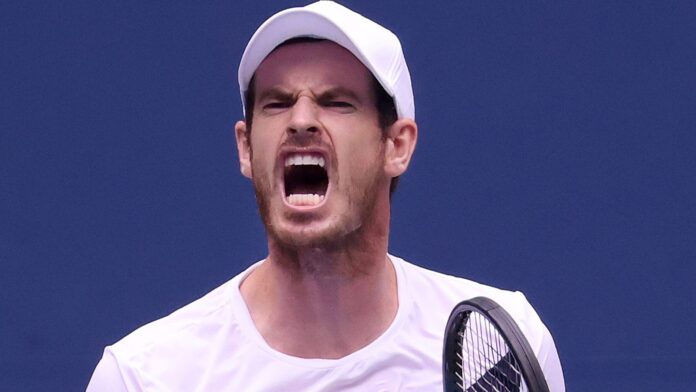 The French Open, usually held in May-June but postponed this year due to the COVID-19 pandemic, begins on Sunday

In a remarkable twist of fate, Wawrinka was Murray’s opponent for his last match here more than three years ago in the semi-finals where his right hip problems first seriously flared up.

Three operations and more than three years later, Murray, who was given a wild card, now finds himself up against the 2015 champion in the first round.

Murray, a former finalist in Paris, also beat the Swiss for his first singles title since career-saving hip surgery at the European Open in Antwerp last October.

Other notable men’s first round matches…

British No 1 Dan Evans, the 32nd seed, was also given a tough draw as he bids for a first victory at Roland Garros against Kei Nishikori.

Evans is looking for his first win at Roland Garros, but he would have hoped for an easier draw than former top-10 stalwart Nishikori, who is working his way back from injury.

It was announced just before the draw ceremony that Briton’s Kyle Edmund had withdrawn from the tournament due to a knee injury along with Milos Raonic, Fernando Verdasco and Belinda Bencic.

Liam Broady’s reward for reaching the main draw for the first time is a tie against an opponent to be confirmed – possibly Cam Norrie.

Broady, 26, had never previously won a match at Roland Garros but has been in brilliant form this week, not dropping a set in three matches of qualifying. Andy Murray was among the few people courtside to support Broady in his 7-6 (7-5) 6-4 victory over 12th seed Marc Polmans from Australia.

He said: “I started the match pretty bad and then Andy showed up and I think it definitely did help a lot because he is a very loud supporter and for anyone, when Andy Murray’s watching, it can be a bit disconcerting.”

World No 1 and top seed Novak Djokovic begins his pursuit for a second title in Paris against Swede Mikael Ymer.

Defending champion Rafael Nadal faces Belarusian Egor Gerasimov and finds himself in the same half as US Open champion Dominic Thiem, who opens against Marin Cilic.

That means there will be no repeat of the final of the last two years, where Nadal has defeated Thiem.

Nadal could also face a potential last-eight clash with US Open runner-up Alexander Zverev, who has never made it past the quarter-finals at the clay-court Grand Slam.

Dominic Thiem’s road to the title…

Meanwhile, tournament director Guy Forget said organisers are still hoping to have 5,000 fans a day through the gates at Roland Garros.

The French health minister announced new restrictions on Wednesday limiting attendances at sporting events to 1,000 in several areas including Paris because of a rise in coronavirus cases.

Speaking at a press conference, Forget said: “We are still hoping to get 5,000 fans. The last we’ve heard officially from the prefecture of police is 5,000 is very, very safe.”