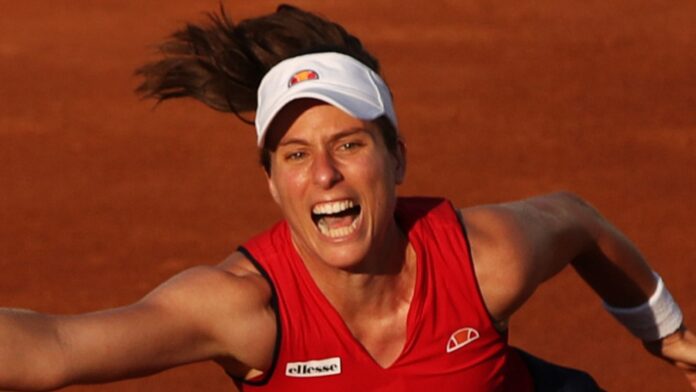 British No 1 Johanna Konta will meet Coco Gauff in the first round of the French Open, which starts on Sunday.

Konta, who reached the semi-finals last year, has not faced her American opponent before and goes into the Slam off the back of a third-round exit from the Italian Open in Rome.

The Brit has just parted ways with coach Thomas Hogstedt, after deciding that they are not the right fit following a trial period together.

Teenage sensation Gauff is now up to 51 in the world rankings and this will be her first appearance in the main draw of the French Open.

British No 2 Heather Watson will take on 23-year-old Fiona Ferro while Serena Williams will commence another quest for a 24th Grand Slam title against a familiar opponent.

Williams has drawn Kristie Ahn and the two faced each other in the opening round of the recent US Open.

The top seed at Roland Garros is the newly crowned Italian Open champion, Simona Halep, and she will face Sara Sorribes Tormo of Spain in the first round.

This third Grand Slam of the year is going ahead without a number of notable players, including the defending champion Ashleigh Barty, who has decided against travelling to Europe because of concerns over COVID-19.

Naomi Osaka, the recent US Open champion, will also not be there due to the hamstring injury that she managed in New York and Bianca Andreescu’s injury woes also mean that she has called it a day on her season.