Home Culture ‘Utopia’ is about a fictional pandemic in the middle of a real... 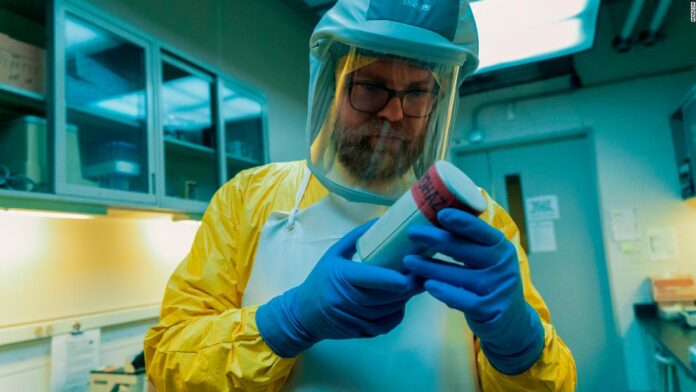 For the most part, this Amazon series — adapted by “Gone Girl’s” Gillian Flynn from a 2013 British show created by Dennis Kelly — works by quickly establishing a distinct dramatic life, offering a bleak prism into an alternate reality. Steeped in comic books and pop culture, it’s an especially appropriate companion for what has fast become Amazon’s signature drama, the dark superhero satire “The Boys.”
That said, a disclaimer: Although the producers have said the violence is toned down from the original, the amount of gruesome torture, extremely high body count and threats to children clearly aren’t for everyone, and the even-remotely squeamish should be forewarned.
The clever set-up hinges on the fact that clues to what’s transpiring reside within a hallowed, secret comic, one that produced a devoted cult of geeky enthusiasts engaged in a mad quest for its pages, before being suddenly thrust into the sort of real-life adventure that has occupied their fantasies.
“Utopia” starts with a young couple discovering the comic — left in their new house, as collectibles sometimes are — yielding a feeding frenzy to buy it. Yet when they go to a convention known as FringeCon to negotiate a sale, that attracts not only the extended online group but shadowy forces seemingly determined to erase any knowledge of its existence.
That forces the central quartet — a likable if eccentric bunch, played by Ashleigh LaThrop, Dan Byrd, Jessica Rothe and Desmin Borges — to go on the run, soon joined by a mysterious figure (Sasha Lane) with particular knowledge about the comic’s origins. Much, much mayhem follows, constructed in a way that allows those relationships to steadily grow — including a sweet, awkward romance — while delivering regular surprises and building suspense.
The mystery of “Utopia” hinges on the fact that the original comic, Dystopia, somehow predicted the threats to come, including outbreaks of deadly diseases. The action unfolds as a new pandemic arises, with the unsavory wrinkle that someone seems to be using the virus to experiment on children — another area where “Utopia” tiptoes up to a pretty treacherous line, creatively speaking.
Amid the real-world prevalence of crazy conspiracies percolating through social media, “Utopia” feels uncomfortable at first. The mounting jeopardy, however, keeps pulling the audience further down this quirky rabbit hole, filled with mysterious characters like a wealthy tech titan (John Cusack) championing a vaccine and a virologist (Rainn Wilson) enlisted to help eradicate the danger.
“Creepy” best describes the general atmosphere, with members of the cultish group pursuing the nerds saying things like “What have you done today to earn your place in this crowded world?”
“Utopia” is at times uncomfortable and occasionally gruesome, but as edgy dramas go, effectively maintains its momentum from one hour to the next. For those with the stomach for such stuff, that’s more than enough to earn a place on a crowded streaming menu.
“Utopia” premieres Sept. 25 on Amazon.