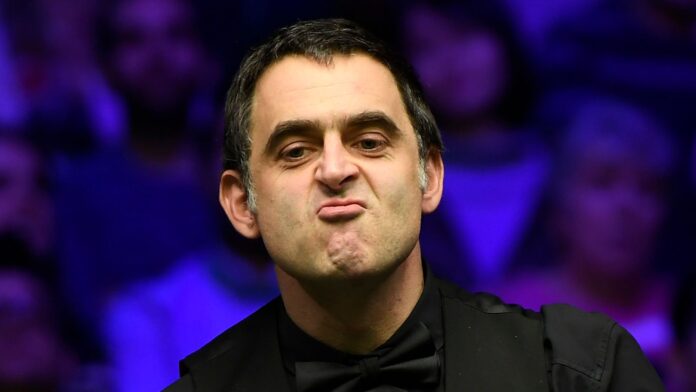 O’Sullivan criticised the next generation of snooker players last month

World champion Ronnie O’Sullivan has been knocked out of the European Masters by teenager Aaron Hill.

O’Sullivan was on course for victory when he got his first century of the season to lead 4-3 in best-of-nine-frames match.

But Irishman Hill, 18, levelled and then won the decider with a break of 78 in Milton Keynes.

O’Sullivan criticised the standard of younger players in August on his way to winning the World Snooker Championship.

He said: “If you look at the younger players coming through, they are not that good really. Most of them would do well as half-decent amateurs, not even amateurs. They are so bad.”

The defeat to Hill was O’Sullivan’s first match since winning his sixth world title. Hill, the world No 115, is in his first season as a professional.

Before the victory against O’Sullivan, Hill said it was a “dream come true” to play the world champion who he “loves to watch”.

Hill had already beaten veteran Andy Hicks in the first round and will play Matthew Stevens in the last 32.