Home Sport Bellew: ‘Hard man’ Briedis was on my radar 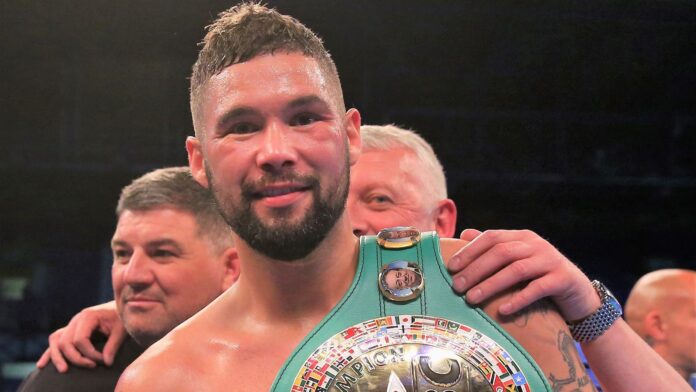 With my experience in the cruiserweight division from when I was world champion, these are two fighters that I know very well from my time there as I gave both plenty of my attention.

I’m a student of the sport, but I took extra care with potential rivals because I had a realistic chance of possibly meeting them so Briedis and Dorticos, as well as a few others, were definitely fighters I spent a lot of time focusing on.

With Briedis, you’re looking at a very hard man who can go 12 rounds at an absolutely frantic pace as he’s proved several times before in high level fights.

He was my mandatory when I was WBC champion and when I defended my belt against BJ Flores in October 2016, Briedis did a real job on Simon Vallily on my undercard.

It was a fight that was very much on my radar and I think we would’ve created fireworks, but there was a better opportunity for me at heavyweight against David Haye and that’s the direction I went.

When looking at Briedis in several fights, you can see he has a great will to win and is very aggressive with his approach. As he’s moved up in level, there has been a decrease in stoppages for him, but that happens to a lot of fighters as they face better opponents.

The power is definitely still there and Dorticos will have to be wary of that, but I think it’s Briedis’ work rate and more aggressive approach that will be his biggest weapon.

For Dorticos to win this fight, he has to get his power into play straightaway because when this man hits you then you are in serious trouble.

People out there who know the sport like to make a big fuss over the power the likes of Naoya Inoue and Deontay Wilder possess, but Dorticos deserves to be in the conversation because he’s one serious puncher.

Look at his record and you’ll see early stoppages mixed with late ones and that tells you that he’s a threat for the entire fight and he’ll be confident of hurting Briedis at any stage in the fight.

This is an outstanding fight between two fighters who are probably at their peak. Both men have mixed in outstanding company for the best part of three years now due to their recent history with this tournament and they’ll both have a point to prove after their exits in the last competition when they both provided stunning efforts in losing battles.

The winner of this fight has the right to call themselves the best cruiserweight in the world, and I think that person will be Briedis, although he will have to be very careful every second the fight lasts.

Who will be the next king of the cruiserweights? 👑

On Saturday night, number 1 & number 2 battle it out in the ring for the IBF world title & the #AliTrophy