Home Sport Carra: Arsenal on the way back under Arteta 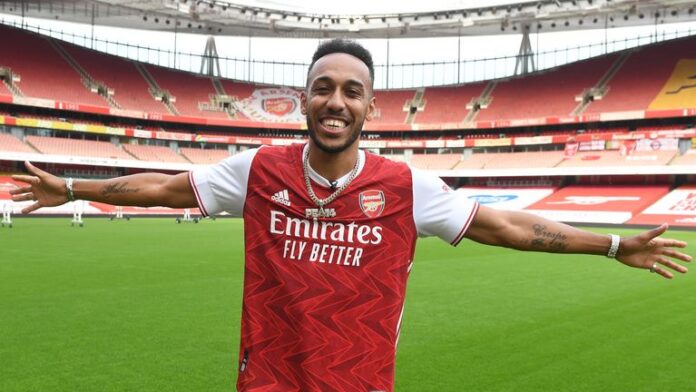 Catch the Pitch to Post podcast before and after each round of Premier League games for bold predictions and expert analysis.

Mikel Arteta has turned Arsenal into a “completely different proposition” since taking over, says Jamie Carragher, ahead of their Monday Night Football clash with Liverpool.

Arsenal’s third game of the Premier League season sees them travel to Anfield to take on the defending champions – a fixture which comes at the exact same point in the campaign as it did last season.

However, while Unai Emery’s side were soundly beaten 3-1 in August 2019, Carragher told the Pitch to Post preview show Arteta is now getting far greater results and performances out of this Arsenal side, despite their limitations.

“There’s no doubt Arsenal are on the way back under Mikel Arteta,” he said. “I think he’s been a brilliant signing.

“I’m so impressed with how he’s managing that squad. I think we’d all say that squad still needs a lot more work doing to it to get back to the level Arsenal supporters want.

“But what he’s done with the squad he’s inherited is fantastic. To win the FA Cup, beat Liverpool a couple of times in the league and Community Shield, that’s something Liverpool will want to put right. But it’s a completely different proposition this Arsenal team coming to Anfield than it was last season when Unai Emery’s Arsenal came very early in the season.”

Arteta steered Arsenal to a 2-1 win in the sides’ last Premier League meeting in July with just 31 per cent possession, and the Gunners similarly spent long periods without the ball in the Community Shield, when they prevailed past Liverpool on penalties.

Carragher says it is testament to Arteta’s coaching skills that he is able to win matches in that manner despite having a defensive unit which has previously been criticised for errors and conceding too many goals.

“That’s what has impressed me about Mikel Arteta,” said Carragher. “We know his upbringing in football, in Spain, and he’s worked with Pep Guardiola as a coach as well. He wants to be involved in teams that dominate the ball and dominate the game.

“But he possibly realises now he doesn’t have the players to do that, to take on the big teams, and he’s done it a different way and got results. I think that’s great management.

“He did it against Man City, in the semi-final of the FA Cup, taking on Liverpool a couple of times, when Liverpool have dominated possession in both games but not been able to break through.

He’s made Arsenal – would you believe – look defensively strong at the moment. That can only be attributed to his organisation rather than the individual players.

“He’s made Arsenal – would you believe – look defensively strong at the moment. That can only be attributed to his organisation rather than the individual players, I must say.”

Arsenal for the top four?

Arsenal will play Liverpool twice in the space of a week, with their Carabao Cup fourth-round tie following the Premier League clash, and the Gunners then face Sheffield United, Manchester City, Leicester and Manchester United in the league in a tough run of fixtures.

It could be a revealing few weeks in terms of just how strong this Arsenal side are, but Carragher says they are already confounding any pre-season predictions that they would not be able to challenge for the Champions League qualifying spots.

“I don’t think too many people had them in the top-four predictions before the start of the season, I know I certainly didn’t,” said Carragher. “I know it’s early days, but you look at the way other teams have performed in the early weeks and I think they’ll be a much stronger proposition for the Champions League places than we initially thought.

“[Arsenal’s fixtures] are tough games on paper but you can be sure they’ll be tough for the opposition now, whereas in the past people maybe thought with Arsenal you can bully them and maybe roll them over in certain games. They are a lot stronger proposition now under Mikel Arteta.”

Listen to Pitch to Post to hear more from Jamie Carragher on why he thought Liverpool’s win over Chelsea was a “little message to the rest of the Premier League” about the level they will be at this season.

Plus: the latest on Dele Alli’s future at Tottenham, whether Edouard Mendy will take over the No1 spot from Kepa Arrizabalaga at Chelsea, an assessment of Manchester City’s title hopes, analysis on how Aston Villa are attempting to fix their defence, Burnley’s limited budget… and a bold pitch about Brighton!