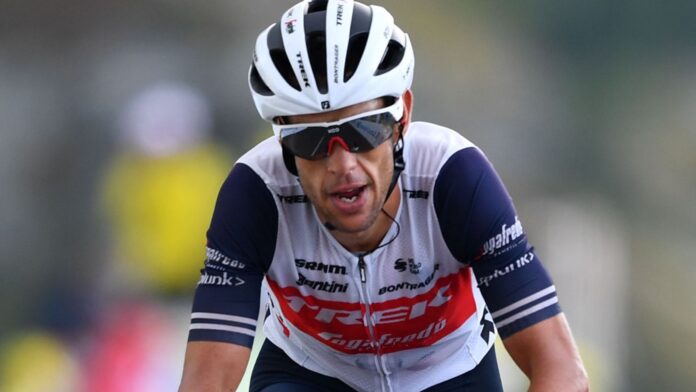 Brailsford on Pidcock: “It’s clear Tom is one of the most exciting young riders in world cycling and part of a new era of incredible all-round talents”

Richie Porte and exciting British prospect Tom Pidcock are among four new signings Ineos Grenadiers have announced for the 2021 season.

Australian Porte, who finished third at this year’s Tour de France, spent four seasons at the outfit from 2012 to 2015, when they raced as Team Sky before moving to BMC Racing and then Trek-Segafred.

“I’m motivated to be a part of more victories and to come back and race with some of the best guys in the world,” Porte, 35, said.

“I know what my role is – I know I can still win races on my day, but I see myself slotting in as a climbing domestique and it’s something I really look forward to.”

Pidcock, 21, won the Baby Giro, a prestigious race for male under-23 riders, earlier this month and will join his new team at WorldTour level from March 1 after the cyclo-cross season, in which he will compete for his own Trinity Racing team.

This weekend he will headline a youthful Great Britain squad for the men’s road race at the UCI Road World Championships in Imola.

“I am incredibly excited and proud to be signing for the INEOS Grenadiers,” Pidcock said.

“Like so many British cyclists of my generation, I have always aspired to race on the road with this team – to me, the best in the world.”

Brailsford said: “It’s clear Tom is one of the most exciting young riders in world cycling and part of a new era of incredible all-round talents.

“We’re witnessing a new trend in cycling, with an emergence of young riders who come from a broader, multi-disciplined background. Tom’s career so far really embodies that.

“He’s competed at the highest level across several disciplines, an incredible bike handler, a natural born bike racer, and a winner.”

British climber Adam Yates will also cycle for Ineos Grenadiers next season after his arrival from Mitchelton-Scott was announced in August.