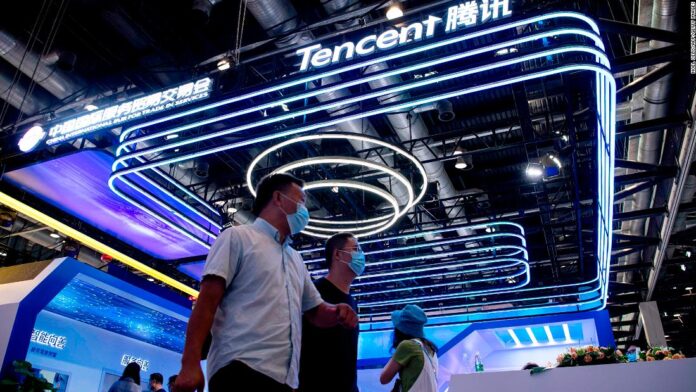 There are simply too many political risks, experts say, that are unlikely to abate even after the US presidential election.
Joe Biden may show more diplomacy with regard to China if he defeats President Trump. But Biden could still take a hard line on trade and other economic issues. And Chinese companies may see listing in China or Hong Kong as a safer move.
“The Trump administration has clearly taken a much more aggressive approach to China on trade & technology issues than prior administrations,” said Mark Mahaney, a tech stock analyst with RBC Capital Markets, in a recent report, “but our read is that this reflects more of a generational shift among US policymakers and that a Biden administration would generally continue a similar approach.”
That’s why one fund manager who covers China fears there will be even more delistings of Chinese stocks in the US — and not just from fraudulent companies like Luckin Coffee, which was booted off the Nasdaq this year following the disclosure of massive accounting irregularities.
“The ongoing trade war and the eroding U.S.-Chinese relationship have been a catalyst for making it less attractive for Chinese companies to seek a public listing in the United States,” said Brian Bandsma, portfolio manager with the Vontobel Quality Growth fund, in a report this month.
Bandsma said he doesn’t expect that all Chinese companies trading in the US will leave the Nasdaq or New York Stock Exchange. Rather, “the U.S. markets will no longer be the default venue for Chinese companies to raise capital.”
“The Chinese government is finally making good on promises to open up domestic markets to foreign investors. Additionally, Hong Kong and China are taking steps to make local listings more attractive, especially to high-tech startups,” Bandsma added.
He noted that Tencent has been a solidly performing stock, even though it primarily trades in Hong Kong. (Tencent (TCEHY) does have a thinly traded stock in the US on the so-called “pink sheets.”)
Ant Financial, an affiliate of Jack Ma’s Alibaba, is also planning to go public in Hong Kong and Shanghai and not the US — even though Alibaba (BABA) had a successful IPO on the NYSE in 2014.

Kicked off before they decide to leave?

Some Chinese companies might not have a choice about staying on Wall Street. The Senate has already passed a bill that would call for delisting Chinese stocks that don’t meet certain accounting standards. It’s not yet clear if the House will vote to approve it as well.
But some experts fear that the growing US-China tension could eventually lead to successful Chinese companies like Alibaba to flee Wall Street, jeopardizing America’s standing as a worldwide financial leader.
“If adopted, the bill would run counter to US interests: there are high chances that Chinese companies would decide to de-list from the US and go to other stock exchanges, such as Hong Kong or London, instead,” said Agathe Demarais, global forecasting director at The Economist Intelligence Unit, in a report.
“This would deal a blow to US dominance over global financial markets,” she added.

Still, others think the tough talk in Congress and from the White House regarding China is just election season pandering. Actual trade policies won’t be as severe.
Analysts at the KraneShares CSI China Internet ETF (KWEB), which owns the US-listed shares of Alibaba as well as e-commerce rivaks JD.com (JD) and Pinduoduo (PDD) and top Chinese search engine Baidu (BIDU), think worries about a more stringent crackdown on Chinese companies are overblown.
“We believe many of these announcements amount to pre-election posturing and any seriously confrontational policy would risk an uproar in US equity markets as a whole just before an election,” the KraneShares analysts wrote in a report.
What’s more, some think that if Biden does wind up becoming the 46th president, he might pull back on some of the most punitive trade measures against China.
It’s one thing to maintain a tough stance with Chinese companies like TikTok owner ByteDance on intellectual property theft and other tech sector concerns, particularly privacy issues.
But tariffs may not wind up being Biden’s preferred way of addressing them.
“One point that may be under-appreciated about a Biden presidency is the potential for dropping tariff-based coercion against China, Europe and other trading partners,” said Rebecca Felton, senior market strategist with RiverFront Investment Group, in a report. ” We believe that this would be a positive for the global economy.”