Home World Amazon launches its own gaming service. Can it stand out? 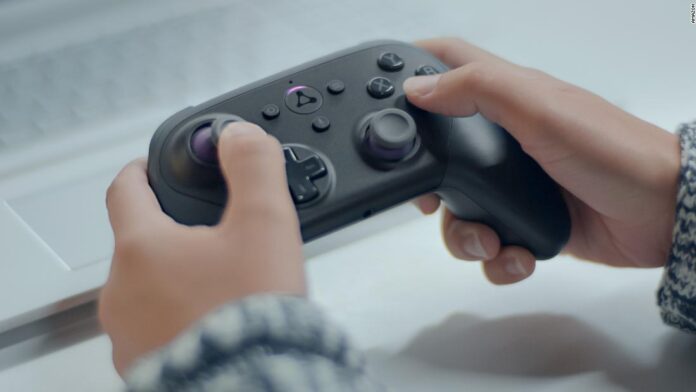 Luna is both software and an optional $49.99 physical controller that can connect to a Fire TV, PC, Mac and mobile devices. People can sign up for early access Thursday and invites will start going out mid-October.
The service works a bit like Amazon Prime Video or Twitch, offering an interface with channels you can subscribe to individually for separate monthly fees. So far, Amazon has only announced the price of a “Luna+” channel, which costs $5.99 a month and will include games like “Resident Evil 7,” “Control” and “Panzer Dragoon.” Amazon is also offering an Ubisoft channel offering games like “Assassin’s Creed Valhalla,” for a price that’s yet to be announced. Amazon hasn’t announced any exclusive partnerships or games yet.
The mechanics of play will impress anyone who has dreaded long download times or run out of storage space on their console. When you open the Luna app or web page, it lets you play games immediately after selecting them. You won’t have to download a game directly to your device or own any specialized hardware.
Amazon said it wants to create an easy way to game and simplify consumers’ options.
“Our vision is that for too long, it’s been a little bit too complicated to game. It’s too expensive. And so Luna is our answer to that and helps customers to take out all of the complexity so that they can just play,” Gabi Knight, director of Luna, told CNN Business.
The Luna service joins the ranks of competitors including Sony’s PlayStation Now service that has been around since 2014, and newer offerings like Google Stadia and Microsoft’s Project xCloud. All of these services have seen some user adoption but haven’t truly become mainstream yet and the best business model has yet to emerge.
Amazon knows that it is one of the last tech giants to the party.
“We’re not the first people to start in cloud gaming but we really want to take this early access period to listen, to really invite people to help us build the future of cloud gaming,” said Knight.
Amazon’s new offering could help raise more awareness and push the trend toward cloud gaming, but will it be able to stand out from the pack?
From its controller-focused hardware offering to its instant streaming gameplay, Luna perhaps most resembles Google Stadia. But while Google has several pricing tiers and add-ons, Amazon’s pay-per-channel model shakes things up, and it argues that it could make it more accessible to people unfamiliar with cloud gaming.
“Amazon is able to do better than Google in that they can drive really low prices,” said Joost van Dreunen, founder of video game investment firm New Breukelen. “Google is married to a model where they charge the consumer $15 a month for Stadia and then you still have to buy the games. What Amazon can do is buffet style. Six bucks and off you go, have fun with it.”
Amazon could further differentiate itself from Google and other rivals, including the console makers, by leaning into its gaming ecosystem. It already owns the dominant livestreaming platform, Twitch, the booming cloud business Amazon Web Services which powers many notable games and a still-developing game studio.
In fact, Luna will feature Twitch streamers playing its games and Twitch will feature links to Luna games, allowing Amazon to leverage Twitch’s hundreds of millions of viewers and potentially turn them into customers for its budding service.
“The cool thing is you can start watching the stream and decide if that’s really a game for you,” said Knight, the Luna director. “So we think it’s really going to aid in the discovery, not only of games but also of streamers.”