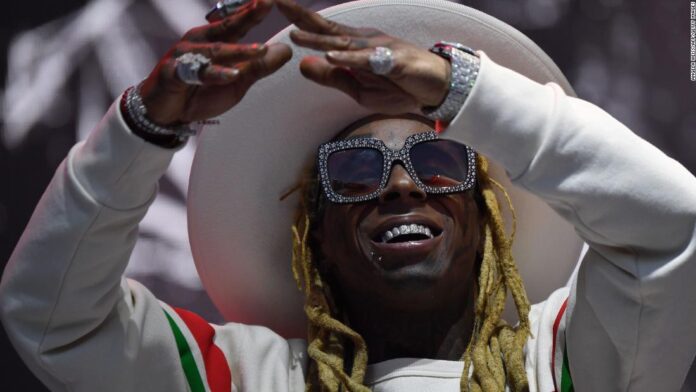 The new album comes two years after the release of his 2018 “Tha Carter V” album. On this one, Post Malone guests on “What About Me,” Gucci Mane appears on “In This House,” Raekwon is on “More To The Story,” and 2 Chainz on “Siri.”
It’s not the first time Wayne has followed up an album with a lengthier deluxe version.
Earlier this year he dropped the deluxe version of “Funeral,” which featured Doja Cat, Lil Uzi Vert and Jessie Reyez. That album featured eight new tracks.
The rapper often collaborates on other tracks too. He recently collaborated on “Money Maker” with 2 Chainz, and appeared on A$AP Ferg’s “No Ceilings.”