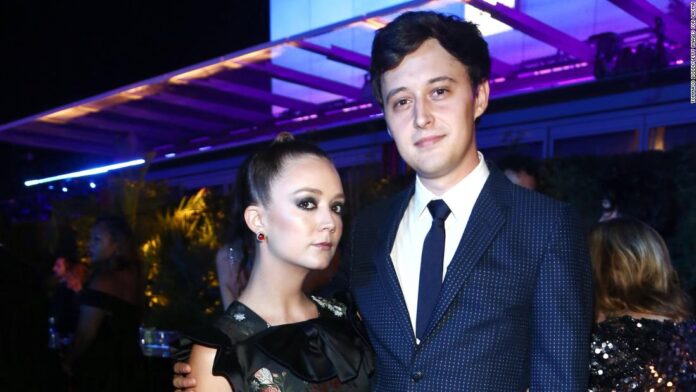 Lourd and her fiancé, Austen Rydell, have welcomed a son, Kingston Fisher Lord Rydell.
Actress Carrie Fisher died in 2017 at the age of 60 following a heart attack.
A day later, her mother and Lourd’s grandmother, legendary actress Debbie Reynolds, died following a stroke. She was 84.
Lourd had not previously disclosed the news that she and Rydell were expecting.
But on Thursday, she shared a photo of their son’s feet on her verified Instagram account.
“Introducing Kingston Fisher Lourd Rydell,” the caption read with heart and crown emojis.
In June, Rydell shared a series of photos and a video of the couple to announce their engagement.
The caption read, “She said YES!! (Actually she said “Duhhh”) But I guess that’s even better than yes?!?”
Rydell is an actor and a producer, while Lourd is well-known for her roles in “American Horror Story” and “Star Wars: Episode VIII – The Last Jedi” where she starred alongside her mother.