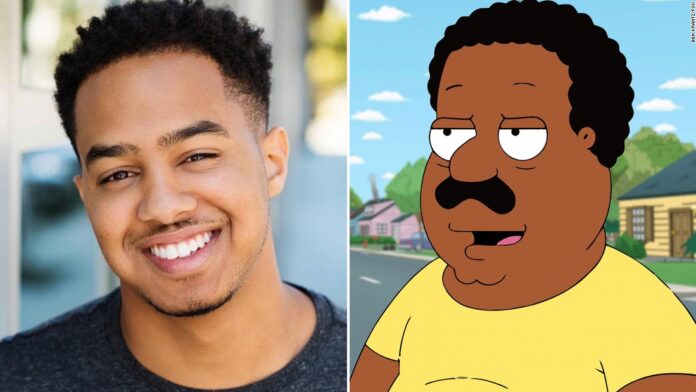 Zahir, a YouTuber with more than 6 million followers, will replace Mike Henry in the upcoming 19th season, Fox announced Friday. Henry had voiced the character since the start but stepped down in June, as did other White voice actors playing Black characters.
“I love this character, but persons of color should play characters of color,” he said at the time.
That day, Zahir jokingly volunteered in a TikTok video.
Now, Zahir calls Cleveland his favorite cartoon character of all time in a statement.
“I’m eternally grateful to have received this once in a lifetime opportunity,” he said. “To Mike Henry, Rich Appel, Alec Sulkin and Seth MacFarlane, thank you for this incredible gift. And to the millions of fans who love this show, I promise not to let you down.”
The show already has been renewed for Seasons 20 and 21.