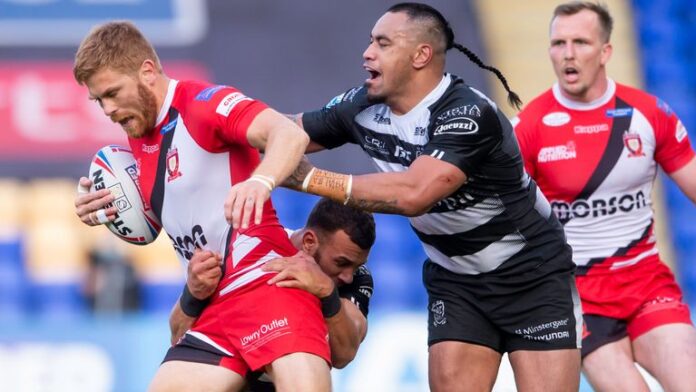 Halifax half-back Gilmore and London Broncos full-back Ashall-Bott have signed for Canadian newcomers Ottawa Aces ahead of their entry into League 1 in 2021 but in the meantime will bolster the Red Devils’ squad.

🤝 @tomgilmore7 and @oliverashall have joined Salford Red Devils on loan!

Salford coach Ian Watson said: “Tom and Olly are two players that I’ve watched for a while and have had previous discussions with about signing for Salford due to their stand-out performances at Widnes.

“The current Covid situation has caused disruption for players and clubs, but has also presented a great opportunity for players like Tom and Olly to showcase their skills again at the top level, which they’re more than capable of competing at.

“Their commitment to help us see through this season has been outstanding.”

Salford completed the deals before Friday’s 5pm transfer deadline and are likely to give the pair their debuts against Warrington at the AJ Bell Stadium on Tuesday – live on Sky Sports.