Home Sport Lowry and Harrington bow out of Irish Open 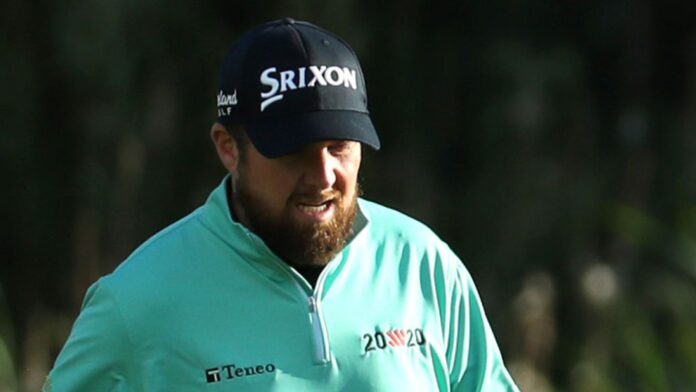 Harrington lipped out with a par putt on the final green and slipped to six over, one outside the projected cut mark, while Lowry managed only one birdie as he also bowed out at the halfway stage.

A 90-minute delay due to frost held up the opening tee shots of the second morning, and when play did get under way, it soon became clear that sub-70 scores would be few and far between in the cold, damp conditions at Galgorm Castle.

Rai, the joint-overnight lead after opening with a 65, mixed four bogeys with as many birdies, including one at the last with hauled him back to five under for the tournament, and that proved good enough for him to end the day in the outright lead.

“A bit of a mixed bag out there but I think it is to be expected, the course played so tough,” said the Englishman, who has been denied the chance to defend the Hong Kong Open title he won almost two years ago.

“It is so tightly bunched and doesn’t really take that much but probably a little bit of what has already happened this week. A few extra putts go in, also when I have been out of position, I have got up-and-down a few times, so it is just a couple shots being saved here and there coming into the weekend.”

Veteran Robert Rock birdied three of the last four holes to return an excellent 67 which lifted him into a share of second place on four under with Dean Burmester (71) and Joakim Lagergren.

The Swede was level for the day after back-to-back bogeys at nine and 10, but he birdied four of the next seven holes and parred the last in fading light to complete a 66 – the low round of the day.

But Harrington had resigned himself to missing the cut by a shot in his first competitive start since early March, the Ryder Cup skipper’s mistake at the last being his fifth bogey on the back nine alone as he stumbled home in 40 to sign for a 75.

“It is a pity, going to be one too many by the looks of it,” Harrington said. “I played a lot better, but I didn’t take my chances early on and then got some swirling winds and didn’t chip very well, so I played a lot better than the score but these things happen.

“I’m not going to get down on it. It is one week, I quite enjoyed playing, I saw some nice things in my game, and I know exactly what I need to do.

“I did some good stuff at times, so I will always take positives from it. My short game was poor, which is normally my strength, and that can be expected from not being out playing. I second-guessed myself a few times on a few shots and that is the sort of thing that goes away when you don’t play.”