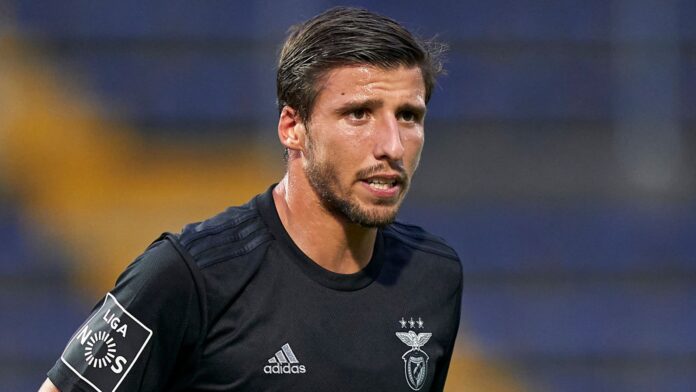 Manchester City are in talks with Benfica over the signing of centre-back Ruben Dias.

City are in the market for a second central defender as a priority during this transfer window, after having signed Nathan Ake from Bournemouth in August.

It is understood Benfica value Dias at more than £50m, but the clubs are also in discussions about Nicolas Otamendi moving in the other direction.

The 23-year-old has impressed during three seasons at Benfica and was in Portugal’s 2018 World Cup squad.

The club are on the lookout for a replacement for Vincent Kompany, who left last year, and have been evaluating a range of players across Europe.

Napoli defender Kalidou Koulibaly had been City’s top target but his valuation has also remained too out of reach for City so far.

Sevilla’s Jules Kounde also emerged as one of their preferred targets as the club remain in talks over a possible deal for the 21-year-old Frenchman.

However, City have denied placing a £78m bid for Atletico Madrid centre-back Jose Gimenez, after the La Liga club’s president claimed he had rejected an offer for the central defender.

Although Gimenez is someone of interest, City will not be paying a similar fee for a centre-back in this window.