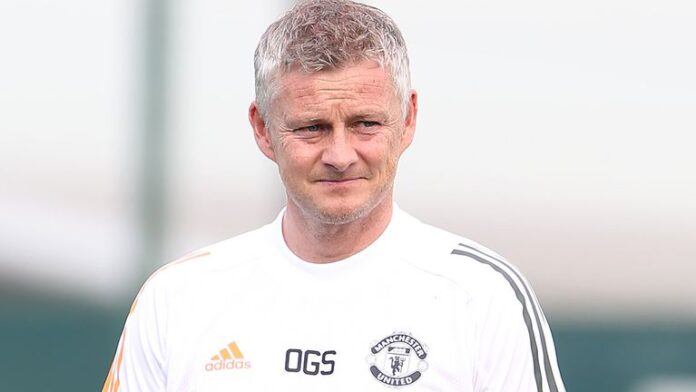 Solskjaer: “Can we get more from midfield? That can give us extra points. We’ve got players in Donny (van de Beek) and Paul (Pogba) who can definitely chip in with more goals, Jesse (Lingard) and Dan (James) can get in there with a bigger tally as well.”

Attempts to bring in attacking reinforcements have so far come to nought this summer as time ticks down in the transfer window, so while attempts there will continue, Solskjaer will look at ways of finding more goals within the team.

United’s front three combined for 62 goals last season but Bruno Fernandes was the only other player to reach double figures as he hit 12 after his arrival in January.

Behind them, Scott McTominay and Odion Ighalo had five apiece, but Solskjaer knows there is a danger his team could become too reliant on their strikeforce.

“They are top, top players and I think for any of the top teams if they lose one, two, or three of their forwards, their creators, the ones that make a difference, that can be an issue,” Solskjaer said.

“That can give a chance to anyone else who believes they should be playing more.

“Those three – Mason, Marcus and Anthony – they had a fantastic season last season and we want to develop them together as a three, and the players behind can create chances for them.

“It’s not just up to the front three but it’s their relationship, they get used to each other and then they’re a split-second ahead, the more you can play with the same players.

“Sometimes you’re lucky with injuries but if we lose one I’m pretty confident we have players that can step in.”

Even so, Solskjaer said it was important that United find more goals within the squad if they are to sustain a more serious challenge this season.

“The front three scored 60-odd goals and then Bruno chipped in with penalties and free-kicks but we need more goals from set-plays,” Solskjaer said.

“Harry (Maguire) is one of the best in the league on first contact from set plays, so can we get more from that?

“Can we get more from midfield? That can give us extra points. We’ve got players in Donny (van de Beek) and Paul (Pogba) who can definitely chip in with more goals, Jesse (Lingard) and Dan (James) can get in there with a bigger tally as well.”

Van de Beek is the only new signing for United so far this summer, a source of growing frustration for United fans that was only amplified by last weekend’s 3-1 home defeat against Crystal Palace – even as the Dutchman scored on his debut.

The likes of Liverpool, Manchester City and Chelsea have been active in the transfer window but, asked if United are being left behind by standing still, Solskjaer said he was not worried about others.

“I think you show quite a bit of disrespect to Donny when you say he was the only player we signed because he strengthens the team a lot,” Solskjaer said.

“We have to concentrate on ourselves. Different clubs have to be allowed to do whatever they feel they can.

“We are working hard to have a competitive squad and a competitive team so if and when there are updates we will give them to you.”

United are being linked with Porto left-back Alex Telles, while Jadon Sancho reports are likely to persist until the October 5 deadline, but according to Dharmesh Sheth, the inability to sell players including Smalling and Lingard is impacting their recruitment.

“Departures are proving very, very difficult for United and there seems to be a feeling of surprise at Old Trafford that they are unable to get suitable offers for some of their players,” Sheth told Sky Sports News’ The Transfer Show.

“All those elements are in place except the one most important element, the fee. It simply cannot be agreed at the moment.”

‘United want to trim down on defenders’

Sheth added: “There are other players that United would be open to listening to offers for. The ‘keeper, Sergio Romero, has found himself going from second to third choice following the introduction of Dean Henderson back into the United fold.

“You’ve got players like Jesse Lingard, Andreas Pereira, Phil Jones and Marcos Rojo, but there’s simply been no interest.

“United have something going in their favour. They’ve got the financial muscle to offer big contracts and big wages to players, but that advantage becomes a disadvantage when they’re trying to offload players.

“You could argue United’s current squad has an element of imbalance about it. I was looking at that squad and I’ve counted eight players who could play central defence. It’s clear United want to trim the numbers in that area.

“United are in the market for a left-back, there’s interest in Porto’s Alex Telles, Sky Sports News reporter James Cooper says United will be looking to release players before they bring in any players.”