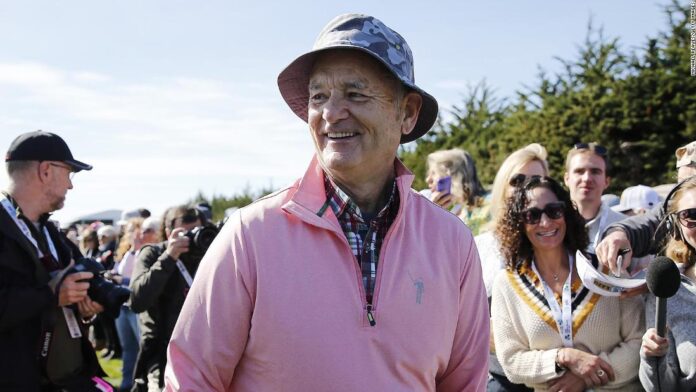 In a Wednesday letter to Murray and William Murray Golf — owned by the actor and his brothers — the band’s attorney, Peter Paterno, accused the company and the actor of using the band’s song “Listen to the Music” in commercials for the company’s “Zero Hucks Given” golf shirts.
“However, given that you haven’t paid to use it, maybe you should change the company name to ‘Zero Bucks Given,'” the letter reads.
The letter goes on to cite the US Copyright Act, and says Murray should “already know you can’t use music in ads without paying for it.”
It concludes with: “We’d almost be OK with it if the shirts weren’t so damn ugly. But it is what it is. So in the immortal words of Jean Paul Sartre, ‘Au revoir Golfer. Et payez!'”
Bill Murray’s representatives have not yet returned CNN’s request for comment.
Murray and his brothers launched their company in 2017. According to the company’s web site, the six brothers all grew up caddying and playing golf in the northern suburbs of Chicago and were inducted into the Caddie Hall of Fame in 2015.
“William Murray Golf was created on the notion that life and golf don’t have to be so serious. Keep it light, have fun, and bring personality onto the course,” according to the company’s website.
Bill Murray famously played a deranged golf course groundskeeper in the 1980 movie, “Caddyshack,” that was co-written by his brother, Brian.