Home Sport Ryder Cup: How will the teams line up? 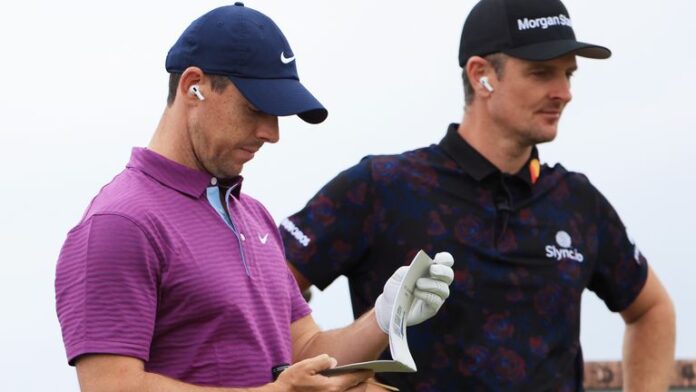 With the Ryder Cup now a year away, who do you think will be the 24 players in the limelight at Whistling Straits in Wisconsin?

Friday should have been day one of the 43rd edition of the Ryder Cup, with Padraig Harrington leading Europe out in their defence of the trophy against Steve Stricker’s Team USA.

But Harrington is currently at Galgorm Castle competing in the Irish Open after the latest contest was put on hold for 12 months due to the coronavirus pandemic, with the qualifying process for his European team suspended until January 1.

So who are the likely dozen for each team?

Robert Lee chose his 12 prospective members for Team USA and, while he has not included veterans Tiger Woods or Phil Mickelson, his line-up looks to be the strongest American side in history, judging by their current world rankings.

Headed by world No 1 Dustin Johnson, Lee has rounded off his predicted team with Matthew Wolff, meaning all 12 members of his American side are currently ranked inside the world’s top 18 players!

There is nobody more qualified than Paul McGinley to pick a winning European team despite the strength of the opposition, and he has also sprung a surprise or two with his line-up.

There is also no place for Francesco Molinari, who produced a record-breaking 5-0 performance at Le Golf National two years ago, but McGinley has included rising stars Viktor Hovland and Rasmus Hojgaard in his team.

Do you agree with the selections? Who has been overlooked? Watch the video above and let us know your thoughts – @SkySportsGolf.