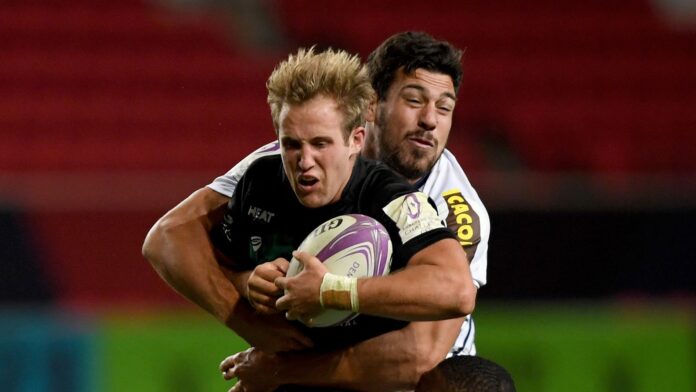 The west country club overcame a 13-point deficit and a yellow card for star centre Semi Radradra against his former club to reach next month’s final, when they will tackle Toulon or Leicester.

But they needed an additional 20 minutes to go through, with substitute centre Piers O’Conor and full-back Max Malins scoring early in the first period of extra time and breaking Bordeaux’s resistance after it finished 20-20 in 80
minutes.

But Bristol, who last made a major final more than 30 years ago in the days of English rugby’s knockout cup, were in trouble for long periods against a Matthieu Jalibert-inspired Bordeaux.

Jalibert scored a try and booted two penalties, and there was also a try for hooker Joseph Dweba, with Maxime Lucu and Ben Botica each adding a conversion.

Bristol centre Siale Piutau returned after a three-match ban, but his brother Charles was sidelined by an Achilles injury, so Malins deputised in the number 15 shirt and wing Alapati Leiua replaced hamstring injury victim Henry Purdy.

The visitors enjoyed a dominant opening, and they took a richly-deserved lead as Bristol struggled to quell their power and pace.

Bristol badly needed a spark from somewhere, and scrum-half Harry Randall provided it, breaking clear from a quickly-taken penalty, but Bordeaux defenders managed to haul him down before clearing danger.

Both teams were guilty of conceding turnovers at an alarming rate, yet Bordeaux kept their composure in key areas as Bristol struggled for fluency.

But just when Bordeaux looked as they might keep Bristol out for the entire first-half, they conceded a try.

Leiua went close, and when possession was quickly recycled Radradra cut a decisive attacking line and he sent an unmarked Luatua over to score.

Sheedy added the conversion, and Bristol were back in contention, albeit with plenty still to do, trailing 13-7 at the interval.

The second period started badly for Bristol, with Radradra sin-binned inside a minute for a swinging arm tackle, although Jalibert then went off nursing what appeared to be a calf muscle injury and was replaced by Botica.

Bristol displayed far greater drive and organisation than during the first 40 minutes, and they went ahead with Radradra still off.

Randall’s attacking instincts again surfaced, and his clever kick into space was gathered by Malins, who touched down and Sheedy converted.

Bristol were suddenly in the ascendancy, and they further success approaching the hour mark when Sheedy kicked a penalty from just inside the Bordeaux half.

Another Sheedy penalty suggested Bristol might pull away, but Bordeaux had other ideas as Dwemba powered over from close range and Botica converted to tie things up at 20-20.

It set up a thrilling conclusion, and Bordeaux went down to 14 men after suffering an injury and having used all their replacements, before extra-time beckoned.

And Bristol went up a gear at exactly the right time, marching into the final in thrilling fashion after what became a survival of the fittest.