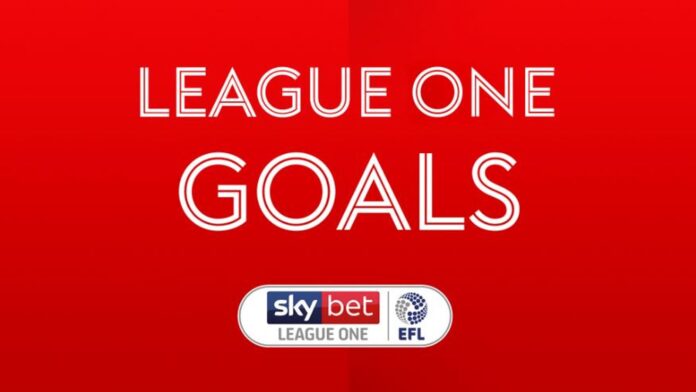 Ipswich beat Rochdale to stay top of League One after three wins from three, while there were also wins for Wigan at Portsmouth and Hull at Northampton. Sunderland get better of Peterborough.

Ipswich made it three wins from three Sky Bet League One games with a 2-0 victory over Rochdale.

Grant McCann’s Hull also retained their 100 per cent league record with a 2-0 win over Northampton secured by first-half strikes from Keane Lewis-Potter and George Honeyman.

Doncaster rose to third after a convincing 4-1 defeat of Bristol Rovers, with Joe Wright, Madger Gomes, Taylor Richards and Jon Taylor all on the scoresheet. James Daly at one point cut the deficit to 2-1 but that was as good as it got for the visitors.

Sunderland sit fourth after Grant Leadbitter’s 81st-minute penalty was enough to secure a 1-0 victory over Peterborough.

Steve Seddon’s 41st-minute goal was enough to secure AFC Wimbledon three points against Joey Barton’s Fleetwood, a first victory for the London side after drawing their opening two League One fixtures.

MK Dons’ three-game winless streak was extended by Crewe as Mikael Mandron and Oliver Finney secured a 2-0 victory for David Artell’s side.

Plymouth came from behind to draw 1-1 against Shrewsbury, Josh Vela’s goal cancelled out by Conor Grant’s 29th-minute equaliser.

Jordan Stevens, Brett Pitman and Mathieu Baudry gave Swindon a three-goal advantage after 35 minutes before Stephen Quinn pulled one back. After the break, Jonny Smith scored a fourth for the hosts before Lucas Akins struck for Burton.

A late Matt Taylor double secured Oxford a 4-1 victory at Accrington after a dramatic second half. Stanley’s Ryan Cassidy scored a penalty to cancel out James Henry’s first-half opener but Joe Pritchard almost immediately scored an own goal and fellow Stanley midfielder Dion Charles was dismissed.

Lee Evans and Tom James scored in Wigan’s 2-1 win over Portsmouth, whose 89th-minute response from Ellis Harrison was too little, too late.