Home Culture The New Season in theater: The show will go on, some day 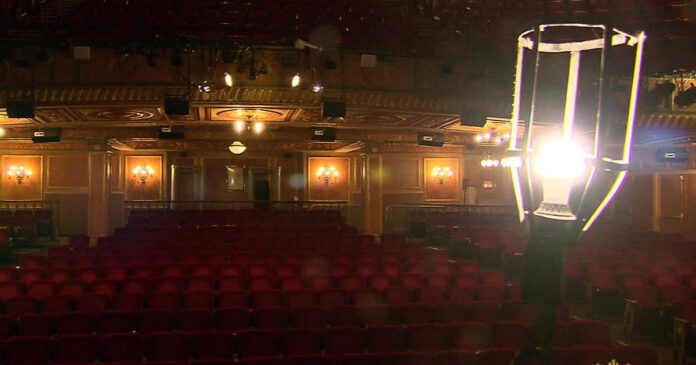 Broadway theaters have been dark since March 12 due to the coronavirus pandemic. In all, 31 shows shut down, including “Hadestown” at the Walter Kerr Theatre, illuminated now only by the traditional ghost light.

When might theatres re-open with no need for masks? Actress Jennifer Garner recently posed that question to Dr. Anthony Fauci: “I would think by the time we get to the end of 2021, maybe even the middle of 2021,” he replied.

Not that the theater scene is all gloom-and-doom, notes “Sunday Morning” host Jane Pauley.

The musical “Six,” based on the six wives of Henry VIII, saw its official Broadway opening blocked, but it will open this fall in London, to a scaled down audience.

To watch the cast of “Six: The Musical” perform at the Olivier Awards click on the player below:

“Diana,” a musical about the late Princess of Wales, streams on Netflix next year, before eventually going live again on Broadway.

Watch a performance by Jeanna de Waal from “Diana: A New Musical”:

And a revival of “The Music Man,” with Hugh Jackman.

Nor should we forget David Byrne’s “American Utopia,” which closed this past February, but is due to stream on HBO and HBO Max October 17.

And believe it or not, despite the pandemic, there actually has been live theater.

The Berkshire Theater Group in Massachusetts is winding up its live on-stage production of the musical “Godspell” this weekend, presented, of course, to a socially-distanced audience.

Encouraging signs that, one way or another, the show WILL go on.

Ronnie Tutt, drummer for Elvis Presley and more, has died at 83

Eve reveals pregnancy on Instagram: ‘We finally get to tell everyone!’

‘Succession’ star Brian Cox: ‘You can’t underestimate Logan in any shape or form’