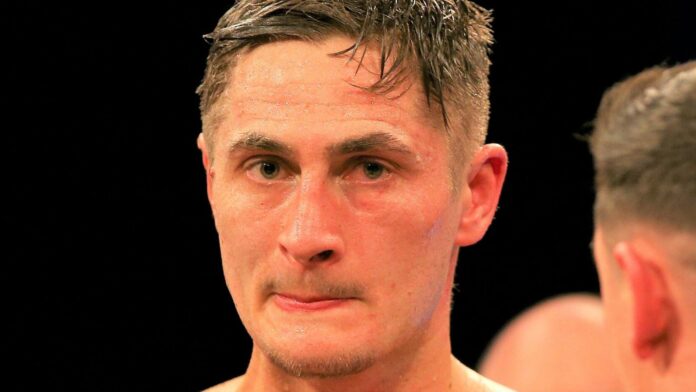 Hosea Burton suffered a points loss to Ricards Bolotniks in the Golden Contract semi-finals, with cousin Tyson Fury watching from ringside in Riga.

Burton was nearly stopped during a torrid ninth round as Latvia’s Bolotniks booked his place in the light-heavyweight final after a unanimous decision victory with scores of 98-90 100-90 and 98-90.

WBC heavyweight champion Fury had travelled to offer his support, but was unable to inspire Burton, who suffered the second defeat of his professional career, and Bolotniks will now face the winner of the other semi-final between Liam Conroy and Serge Michel on Wednesday night, live on Sky Sports.

Starting on the back foot, Burton followed stiff jabs with straight right hands, but his legs were briefly stiffened by a looping left hook from Bolotniks in the opening round.

Burton maintained his defensive discipline in the second, switching crunching shots from head to body, although Bolotniks replied with a flurry of hooks in the third.

In a fiery fourth, Burton was forced to hold after a determined assault by Bolotniks, and the Mancunian then responded with a string of right hands.

Bolotniks edged into range on his front foot before unloading clubbing punches in the fifth, while Burton was again forced into reverse following more further aggression from the Latvian in the sixth.

Blood trickled from Burton’s nose in the seventh, a sign of a punishing encounter, but the 32-year-old did gain success with a jolting uppercut from close range.

Bolotniks continued to bludgeon through Burton’s defences, ramming in a big right hand in the eighth round.

The former British champion was on the brink of being halted in the ninth as he received two counts from the referee as his defences unravelled under sustained pressure from Bolotniks.

Burton battled back bravely and dug in body shots during the final round, but Bolotniks took victory with wide margins from all three judges.