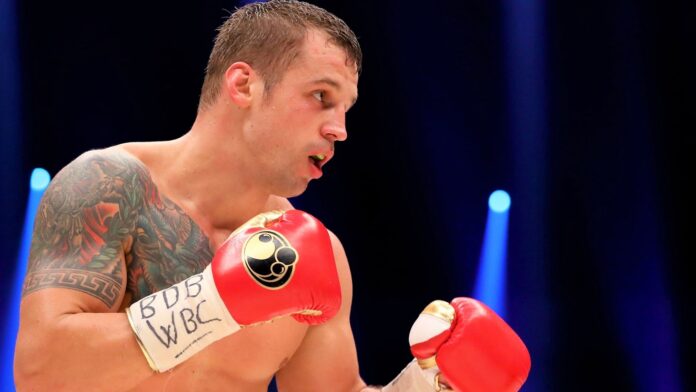 The Latvian repeatedly troubled Dorticos with powerful counter punches during a commanding performance, but one judge scored it a draw with a tally of 114-114, while the other two officials handed in wide verdicts of 117-111 for Briedis, who claimed the Muhammad Ali Trophy.

Briedis had previously held WBC and WBO titles, but has now taken the IBF belt from Dorticos, and will be regarded as the world’s No 1 cruiserweight.

🇱🇻 Mairis Briedis is the new IBF cruiserweight champion and the winner of the #AliTrophy 👏 pic.twitter.com/6tMoZDg2DM

In the opening round, Dorticos tried to find the range for his destructive right hand, but Briedis answered with a looping left hook.

Briedis remained on the back foot in the second round as he countered with a right hook, while he hammered in more hurtful hooks in the third, sparking a response from Dorticos, who answered with a fierce right hand.

The two big punchers traded more spiteful shots at close quarters in the fourth, but Briedis was displaying the cleaner work, forcing Dorticos into reverse with precise punches in the fifth.

A crunching uppercut rocked back the head of Dorticos in the sixth, while the Cuban was forced to hold following another punishing barrage from Briedis in the seventh.

Displaying more urgency, Dorticos tried to unload his thunderous right hand in the eighth, but Briedis fired back with crisp clusters of punches in the ninth.

Dorticos switched his assault to the body in the 10th, desperately trying to find a punch to halt Briedis, who calmly avoided wild right hands in the closing rounds to secure his triumph in the tournament.