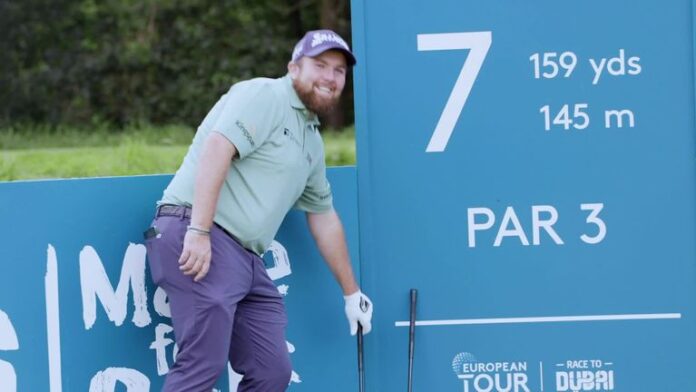 Golf is a tough enough sport to grasp with the best equipment at your disposal, but how would European Tour players get on when playing with clubs too small for them?

With the average European Tour golfer picking up their first golf club at the age of seven, a host of players were given the task of tackling a nearest-the-pin competition using similar clubs to the one they would have first played with.

Ahead of the Dubai Duty Free Irish Open, live on Sky Sports, the golfers in action at Galgorm Spa & Golf Resort were asked to go head to head in the “Kids’ Club Challenge”.

Taking on the 133-yard seventh hole at the Northern Ireland venue, the players were given the choice of two children’s clubs to try and get as close to the flag as possible.

Three-time major winner Padraig Harrington and Champion Golfer of the Year Shane Lowry – making his first appearance in Northern Ireland since winning The Open – were among those to take part, with plenty of others crouching down low to give it a go.

Which player would get closest to the target? Who would fail under the pressure of the smaller clubs? Click on the video above to find out!