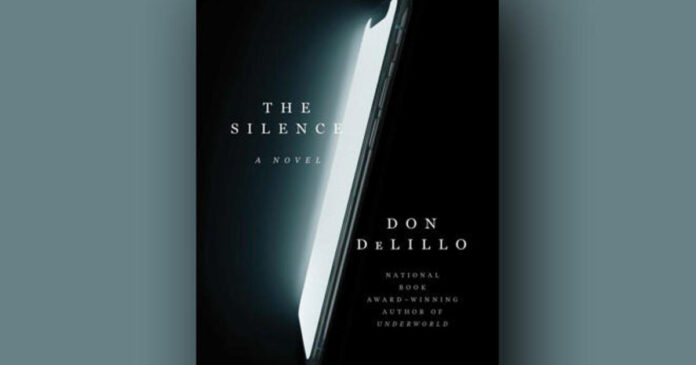 In his latest work, author Don DeLillo (winner of the National Book Award for “White Noise,” and the PEN/Faulkner Award for “Mao II”) writes a novel keenly appropriate for a time of calamity and social dislocation.

In “The Silence” (Scribner, a division of ViacomCBS), set in 2022, DeLillo depicts the response among a group of individuals when the world’s computers collectively fail.

Read an excerpt from “The Silence” below.

Life can get so interesting that we forget to be afraid.

In the van, through the quiet streets, Jim waited for Tessa to look at him so they could trade looks.

They were a wobbling mass of metal, glass and human life, down out of the sky.

Someone said, “We came down. I could not believe we were sort of floating.”

Someone else said, “I don’t know about floating. Maybe at first. But we hit hard.”

“Did we miss the runway?”

“A crash landing. Flames,” a woman said. “We were skidding and I looked out the window. Wing on fire.”

He had a cut on his forehead, a laceration, bloodless now. Tessa kept looking at it, almost wanted to touch it; maybe she thought this would help them remember. To touch, embrace, speak nonstop. Their phones were dead but this was no surprise. One of the passengers had a twisted arm, missing teeth. There were other injuries. The driver had told them that they were going to a clinic.

Tessa Berens. She knew her name. She had her passport, her money and her coat but no baggage or notebook, no sense of having gone through customs, no memory of fear. She was trying to bring things to mind more clearly. Jim was here and he was solid company, a man who worked as a claims adjuster for an insurance company.

Why was this so reassuring?

It was cold and dark but there was a jogger in the street, a woman in shorts and a T-shirt moving at a steady pace in the lane reserved for bicycles. They passed others here and there, hurrying, remote, just a few, no one sharing the barest glance.

“All we need is rain,” Jim said, “and we’d know we were characters in a movie.”

The cabin attendants were quiet, uniforms in slight disarray. Two or three questions directed their way from others in the van. Faint response, then nothing.

“We have to remember to keep telling ourselves that we’re still alive,” Tessa said, loud enough for the others to hear.