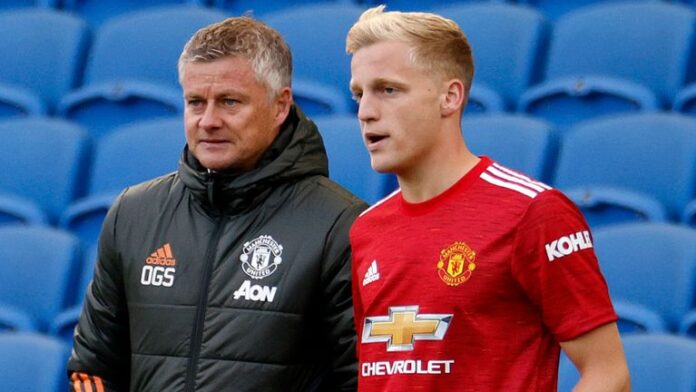 Dan James has told Ole Gunnar Solskjaer he wants to stay at Manchester United and fight for his place, despite a loan offer from Leeds.

Leeds have remained in contact with Manchester United while James’s future is decided, although his situation is likely to be reassessed if Solskjaer can secure the new signings he wants.

United are still in the market for a winger, with Jadon Sancho top of their wanted list, although Borussia Dortmund want £108m for the forward, who has started both of his side’s Bundesliga games this season.

James started United’s Premier League opener against Crystal Palace last week but was left out of the matchday squad in Saturday’s 3-2 win at Brighton.

Leeds agreed a deal to sign James from Swansea on the last day of the January 2019 transfer window, but talks over a transfer ultimately broke down despite the winger travelling up to Elland Road for a medical.

United then signed him the following summer on a five-year deal with the option for a further year, in an £18m move from the Welsh club which made him Solskjaer’s first signing as United boss.

“While Manchester United are struggling to offload players, there does appear to be a concrete interest from Leeds in the winger Daniel James,” Sky Sports News reporter Dharmesh Sheth told The Transfer Show.

“Would United consider letting James go out on loan? Ordinarily, yes. The problem is that he is currently the first-choice back-up to Mason Greenwood on the right side.

“So that brings us back to Jadon Sancho, and you wonder if James will be allowed to go out on loan without Sancho or an alternative brought into the squad.

“It would appear that he wouldn’t unless they brought in Sancho or a replacement. United fans are getting anxious with 12 days left to get business done.”