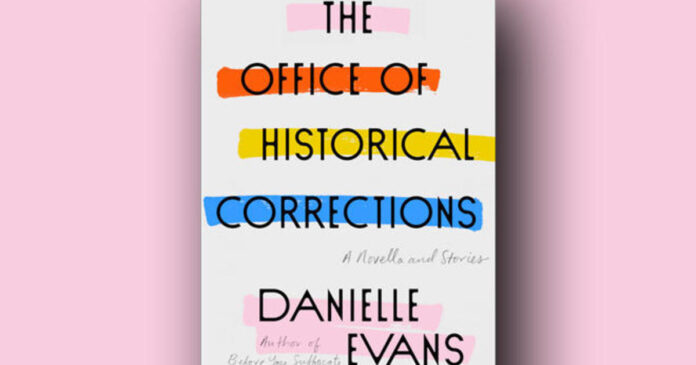 Danielle Evans, whose short story collection “Before You Suffocate Your Own Fool Self” received the PEN America Robert W. Bingham prize for first book, offers a new collection with “The Office of Historical Corrections” (Riverhead), in which characters grapple with issues of race and culture.

Read an excerpt below.

When Lyssa was seven, her mother took her to see the movie where the mermaid wants legs, and when it ended Lyssa shook her head and squinted at the prince and said, Why would she leave her family for that? which for years contributed to the prevailing belief that she was sentimental or softhearted, when in fact she just knew a bad trade when she saw one. The whole ocean for one man. Not that she knew much about the ocean; Lyssa had been born in a landlocked state, and at thirty it seemed the closest she might get to the sea was her job working the gift shop in the lobby of the Titanic. It was not a metaphor: it was an actual replica of the Titanic, with a mini-museum on the lower level, though most of their business came from weddings and children’s birthday parties hosted on the upper decks.

The ship-shaped building was a creation of the late nineties, the pet project of an enterprising educational capitalist who wanted to build an attraction both rigorous in its attention to historical detail and visually stunning. To preserve history, he said to the public; to capitalize off of renewed interest in the disaster, he said to his investors. He had planned to build to scale, but that plan hadn’t survived initial cost estimates. They’d only ever had a quarter of the passenger rooms the actual Titanic had, and most of those rooms were now unfurnished and used as storage closets, their custom bed frames sold secondhand during the last recession.

At the end of the summer season, a second-tier pop star rented the whole structure for a music video shoot, shutting down normal operations for three full days. Lyssa had been planning on having the time off, but when the video’s director came to finalize the plans for the space, he’d stopped in front of the shop glass, stared for a minute, then walked in and said, “You—you’re perfect.”

She agreed to remain on-site for the filming and canceled the doctor’s appointment she’d already rescheduled twice, giving herself in her head the lecture she imagined the doctor would have if he answered his own phone. Her coworker Mackenzie sulked around the ship for the rest of the afternoon, flinging herself into the director’s line of vision without success. Mackenzie sometimes worked the gift shop counter with her, but only sometimes. Whenever there was a princess party, Mackenzie wore the costume dress and chaperoned as the princess‑on‑deck. Lyssa never worked parties; the one time anyone had bothered to give her an explanation for this (she hadn’t asked), it was a supervisor who mumbled something about historical accuracy, meaning no Black princesses.

“We’d hate for the six-year-olds having tea parties on the Titanic to get the wrong idea about history,” Lyssa said, so straight-faced that the supervisor failed to call her out for attitude.

“I guess they must want diversity,” Mackenzie said after the director left, using air quotes for diversity even though it was the literal word she meant.