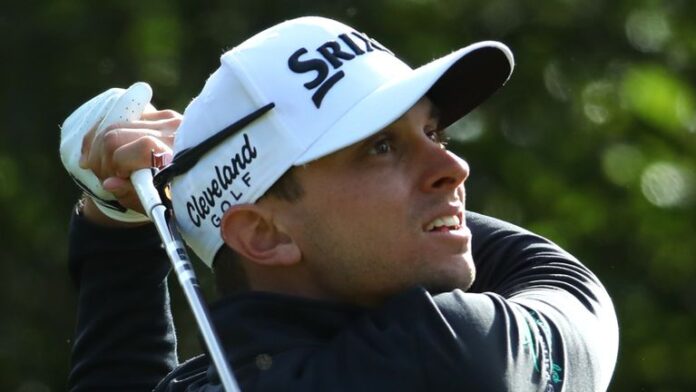 Catlin becomes the third two-time winner on the European Tour of the season, following on from Rasmus Hojgaard and Sam Horsfield

The American, who claimed his breakthrough victory at the Andalucia Masters earlier this month, birdied three of his last four holes to close a six-under 64 and finish top of a congested leaderboard at Galgorm Castle.

Catlin ended the week on ten under and two ahead of overnight leader Aaron Rai, who had to settle for a runner-up finish after a closing bogey, with Jazz Janewattananond and Maverick Antcliff a further stroke back in tied-third.

Starting the day four off the pace, Catlin followed a tap-in birdie at the second by holing a 12-footer to save par at the next, before rolling in an eight-foot birdie at the fourth and draining a 30-footer at the par-four eighth.

Catlin briefly moved within a share of the lead thanks to a two-putt gain at the tenth, only to lip-out with his birdie try at the next and then post a three-putt bogey from the fringe at the 13th.

The world No 138 was two behind until he made a long-range birdie at the 13th and converted from five feet at the next, before closing out his round and setting the clubhouse target with a two-putt birdie at the par-five last.

Rai was two behind Catlin with three holes to play, having mixed two birdies with as many bogeys during his early part of the round, only to halve the deficit by firing his approach to close range at the 17th.

Needing a birdie at the last to force a play-off, Rai pulled his approach from the middle of the fairway into thick rough and took two attempts to gouge out of the rough on his way to a closing bogey.

Rai’s level-par 70 saw him end the week in second ahead of Janewattananond – who briefly led until posting a double-bogey at the 14th and dropping another shot at the 16th – and Antcliff, who birdied the last to also get to seven under.

Swedish pair Joakim Lagergren and Osacar Lengden claimed a share of fifth on six under, with Paraguay’s Fabrizio Zanotti jumping into tied-seventh after a round-of-the-day 63.