Home Sport Rodgers gets better of Brees in Packers win 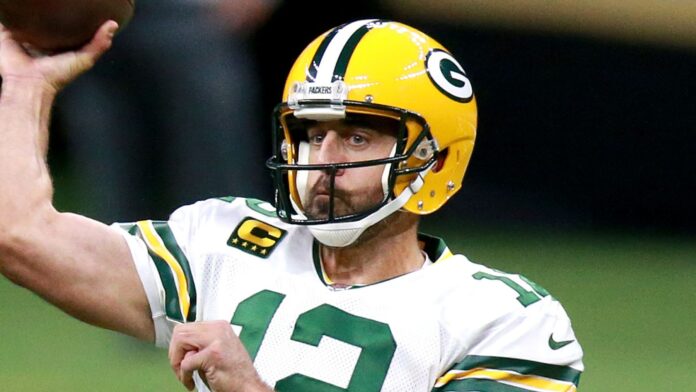 Rodgers completed 21 of 32 attempts and remained interception-free on the season. One of his touchdown passes went to Allen Lazard, who finished with 146 yards on six receptions.

After a Taysom Hill fumble early in the fourth quarter, the Packers would break a 27-27 tie courtesy of a Mason Crosby 49-yard field goal, while Rodgers’ third TD – a one-yarder to Robert Tonyan with two minutes left – all but clinched the win.

Drew Brees completed 29 of 36 for 288 yards and three touchdowns for the Saints (1-2), but couldn’t lead a comeback from down 10, with New Orleans able to add only a late field goal to their score.

Alvin Kamara had a fine night despite defeat, catching two of Brees’ touchdown passes as he finished with 13 catches for 139 yards, adding 58 yards on the ground of off six carries.

The Packers (3-0) put up points on their first possession, with Crosby kicking a 52-yard field goal. But, on the ensuing series, a 49-yard run from Kamara set up an 11-yard touchdown reception from Brees that gave the Saints a 7-3 lead at the end of the first quarter.

The Packers would edge ahead courtesy of another Crosby field goal and then Lazard’s TD, but the Saints would earn a 17-13 half-time lead as Emmanuel Sanders scored on a 10-yard reception, after a Will Lutz field goal.

On the first possession of the third quarter, Rodgers had a 72-yard completion to Lazard, setting up a goal line Aaron Jones touchdown run on fourth down.

A Lutz 35-yard field goal then tied the score before Rodgers threw an 18-yard TD to tight end to Marcedes Lewis to see Green Bay back in front. Not for long though, as a 52-yard catch and run for a score from Kamara again levelled the game by the end of the third quarter.

But it was the Packers who ultimately prevailed in the fourth, with Robert Tonyan getting in for the all-important touchdown late on.