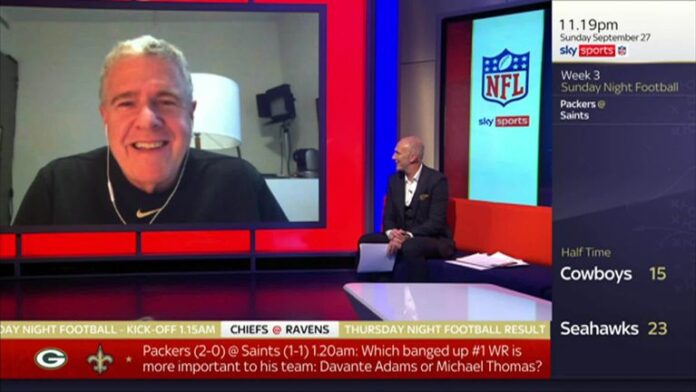 The Chicago Bears fear the knee injury sustained by versatile running back Tarik Cohen on Sunday is a serious one.

“It looks like he did end up tearing his ACL,” Nagy said. “That’ll be a big blow to us.” Cohen will undergo an MRI to reveal the severity of the injury.

Cohen had two rushes for 21 yards and three catches for 20 before getting injured on a punt in the fourth quarter. He called for a fair catch, but Atlanta’s Brian Hill fell into his right leg. Cohen was unable to put any weight on his leg as he left the field.

The injury comes one week after Cohen signed a three-year, $17.3 million contract extension through the 2023 season.

Cohen, 25, is in the final year of a rookie contract he signed after the Bears took him in the fourth round of the 2017 draft from North Carolina A&T.

Playing in every game through his first three seasons, Cohen racked up 1,027 yards rushing, 1,534 yards receiving and 14 total touchdowns. The 2018 first-team All-Pro also returned 95 punts and 30 kickoffs and threw two touchdown passes over that span.

The Washington Football Team’s rookie defensive end Chase Young – the No 2 overall pick in the 2020 draft – left in the second quarter of Sunday’s game at the Cleveland Browns with a groin injury and did not return.

Seattle Seahawks coach Pete Carroll has said safety Jamal Adams suffered a groin strain in the second half of their win over the Dallas Cowboys. Running back Chris Carson also suffered a “sprained knee to some extent” in the fourth quarter.

Philadelphia Eagles tight end Dallas Goedert picked up an ankle injury in the first quarter of their tied game against the Cincinnati Bengals. He is expected to miss some time and will have an MRI to determine the full extent of his injury, per NFL Network’s Ian Rapoport.

The San Francisco 49ers’ injury crisis continued as tight end Jordan Reed (knee, ankle) exited in the second half against the New York Giants Giants. Cornerback Emmanuel Moseley also suffered a concussion in the first half and did not return.

Tampa Bay Buccaneers wide receiver Chris Godwin suffered a hamstring injury in the third quarter of their game against the Denver Broncos and did not return.