Home Sport Zverev: I believe I can win majors now 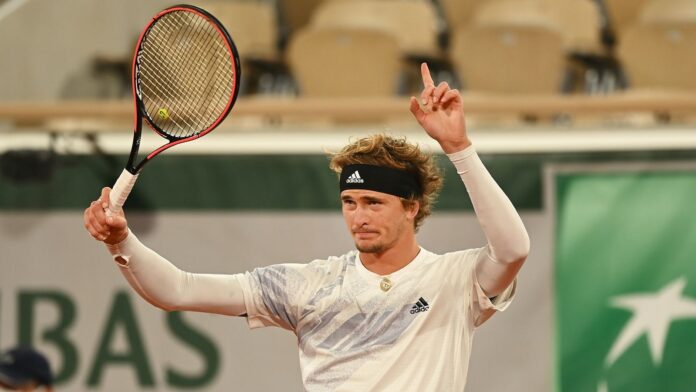 “I know how close I’ve gotten. I had one hand on the trophy, but I do believe that I can win them now”

Alexander Zverev says he can win Grand Slams after putting the disappointment of his agonising US Open final defeat behind him at Roland Garros.

The German was playing a match for the first time since losing to Dominic Thiem in New York after leading by two sets to love and serving for the title.

Zverev was relatively untroubled by another Austrian, Dennis Novak, in Paris, coming from 5-2 down in the opening set to win 7-5 6-2 6-4 at the French Open.

The sixth seed said: “Physically I’m fine. Mentally obviously it was difficult for me. The following days after New York, I mean, you don’t want to be the first man in 70 years or whatever it was to lose a Grand Slam final from two sets to love up.

“In my mind I was also happy for him, because he is a friend to me. I do believe that he is going to win more Grand Slams, but I think the one in New York was quite important for him.”

Zverev, who is looking to go beyond the quarter-finals at Roland Garros for the first time in his career, recharged his batteries on a boat at home in Monaco.

And now the 23-year-old feels that a Grand Slam title is more than achievable in the coming years.

He continued: “I know how close I’ve gotten. I had one hand on the trophy, but I do believe that I can win them now.