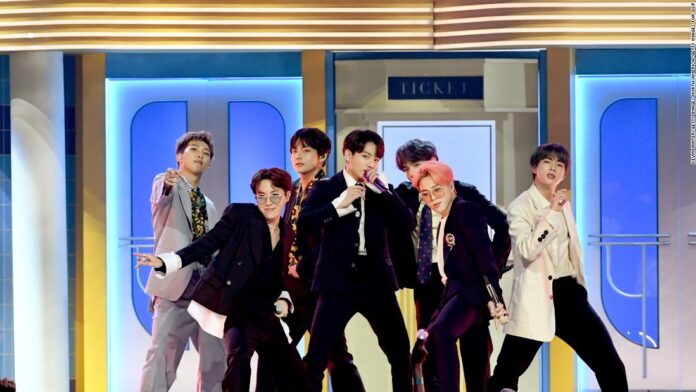 The group’s management agency, BigHit Entertainment, announced on Twitter that “BE” will be released November 20.
BTS, which stands for Beyond the Scene, released their first album of the year, “Map of the Soul: 7,” in February.
The group told CNN earlier this month they would’ve been on tour had it not been for the coronavirus pandemic, but are now working out, watching Netflix and learning to play instruments.
Because BTS felt they needed to give their fans new music amid these challenging times, they dropped their first full-English song “Dynamite” in August.
The song broke the YouTube record for most views in a 24-hour period, racking up 101.1 million views.