Home Sport Can the EFL survive without fans? Barnsley or New York? 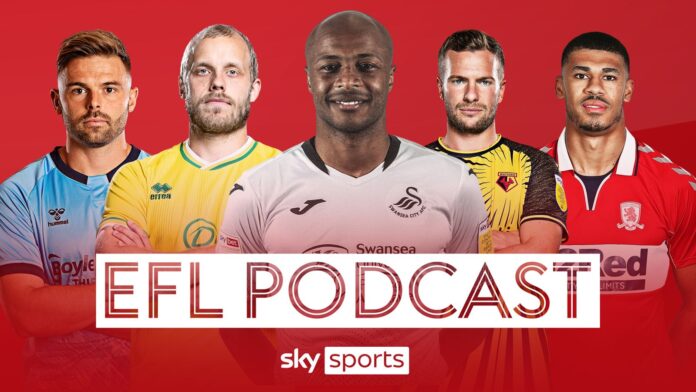 Listen to a new episode of the Sky Sports EFL Podcast every Monday throughout the season.

The Sky Sports EFL Podcast is back as we take a look at all the latest talking points from the Championship, League One and League Two.

Jonathan Oakes is joined by pundit Keith Andrews and presenter Caroline Barker, as frustration abounded in the EFL again as the return of fans to stadiums was suspended, and games at the weekend were called off due to positive Covid-19 tests.

In the Championship there are just two teams left with a perfect record as Reading and Bristol City made it three wins from three, while Wycombe, Nottingham Forest and Derby are all at the other end after another defeat each.

We also hear from Cardiff defender Sean Morrison as he takes Ten To Tackle, and look back at the first derby between Watford and Luton in 16 years.

Attention then turns to League One as we look at Charlton’s latest takeover and what that means for the club, a poor start for Portsmouth, while in League Two there was another defeat for Bolton against Newport, before reviewing the rest of the weekend’s action.