Home Sport Carra: Liverpool have sent out a major message 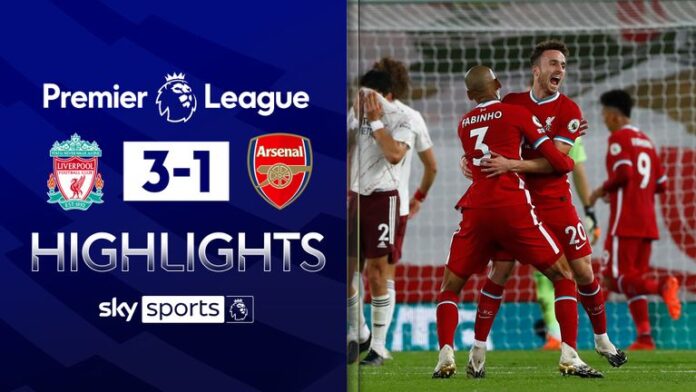 Liverpool have made a big statement about their title chances with their early-season wins over Chelsea and Arsenal, says Sky Sports’ Jamie Carragher.

The defending champions backed up last week’s 2-0 win at Stamford Bridge with an impressive 3-1 victory over Arsenal on Monday Night Football. Along with their opening-weekend 4-3 win over Leeds United, that means Liverpool have made a perfect start to the season with three wins from three.

But Carragher says it is the manner of the past two performances, against sides in the hunt for the Champions League qualifying places, which has indicated Liverpool will be major title contenders once again this season.

While Manchester United and Manchester City have already dropped points, Carragher says Liverpool have also benefitted from not playing in the latter stages of last season’s European competitions like the Manchester clubs.

“It’s difficult to judge teams [this early in the season],” said Carragher. “We looked at Manchester United on the first game of the season [a 3-1 defeat to Crystal Palace] and didn’t go too strong on them. Even Man City on Sunday [in their 5-2 defeat to Leicester], you’re still a little bit, ‘where’s the team at?’.

“The first game, they didn’t quite look at it, but to respond with the performances they have done against two of their top-six rivals, I just think it sends out a major message these last two games that Liverpool are going to take some stopping.”

Arsenal where Liverpool were when Klopp arrived?

While Liverpool were superior to Arsenal on the night, Carragher believes the Gunners are in a similar position to where Liverpool were when Klopp arrived at Anfield in 2015.

The Sky Sports pundit, who has been impressed by Mikel Arteta’s work at Arsenal, says the Spaniard is getting the most out of his players and could even inspire them to a top-four finish.

“Arsenal stayed in the game which was important and they had a big chance and it can be completely different, but Liverpool are a few years down the line,” said Carragher.

“I think it’s almost an identical job to what Klopp came into. Klopp came into a Liverpool squad where they weren’t even qualifying for the Champions League. That’s what Arsenal haven’t done for the last few years.

“The first thing for Arsenal is to get back into the Champions League. I think there’s a good chance they can. I didn’t believe that before the start of the season.

“I like a lot of what Mikel Arteta is doing. I don’t think it’s possible for him to get any more out of the group of players he’s got. I don’t think that’s a top-four group but the way he’s organising them, I think they could get into the top four because of his management.

“Do I think Arsenal could win a title in four or five years? It’s still very difficult and probably shows what a good job Jurgen Klopp has done. But Arsenal have got a really good manager.”