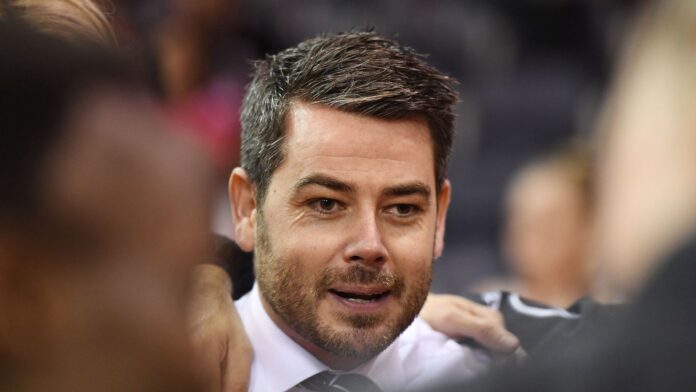 The Northern Ireland head coach, a former elite athlete himself, arrived at Superleague’s newest franchise with a clear vision and a wealth of experience and drive to make it a reality.

A little over 12 months after his arrival, he has completed the recruitment process for their inaugural Superleague squad and has developed a full-time programme for them to follow.

The team also has a scheduled pre-season start date and his players will be the first to access the new £45m facility at the world-class Carnegie School of Sport.

Ryan’s players’ commitment to the franchise will be a full-time one, with a daily high-performance training environment and commitments spread across a seven-day cycle.

“When building this programme for the athletes, the most important thing was to make sure that the programme truly represents what a high-performance environment should look like and to do that we needed to provide more and demand more,” Ryan said to Sky Sports.

Having a daily training environment for the athletes was a non-negotiable for me because I’m very passionate about my vision to professionalise what we do at Rhinos and hopefully help drive Superleague standards forward.

The athletes have commitments each day and have a great level of variety throughout the programme, but the expectation is a seven-day-a-week commitment which includes rest and wellness days.

“During recruitment, I wanted to find a group of athletes who were willing to make that level of investment into the programme but more importantly had the hunger and drive to do so,” he said.

“I’m looking forward to seeing what each of them can do in a full-time programme and how much it can help develop them; technically, tactically, physically and mentally.

Serena Guthrie is back in Jess Thirlby’s England Roses squad, with Imogen Allison set to earn her first cap in New Zealand.

“All franchises operate on different training models with different philosophies and I’m certainly asking a lot from my athletes, however I really wanted to provide a programme that emulates the professionalism and discipline of a Suncorp Super Netball or ANZ Premiership environment,” he added.

“I’m really looking forward to seeing how much developmental progress and improvements we can make in our athletes because of the nature of the programme.”

Ryan, who moved up to Leeds from Manchester in January, has already been working with some of his local athletes for around 10 months and like all of the Superleague’s head coaches, he’s itching to get on court with his player group.

“We’ve been planning and building for so long now, so I think that the energy [in the group] is going to be really infectious as soon as we start, and I know that the athletes are all raring to get out there and start training together.”

Exactly one year to the day since I arrived in Santiago after walking 800km across Spain! The best experience of my life!

She was one crazy rollercoaster but the inaugural @RhinosNetballSL team is complete!

With Ryan needing to recruit an entire squad, and the 2020 season having not played out in full, it’s hardly surprising to know that the process was a stressful one for the head coach.

“One day you feel like you’re set and then something happens, and your plans change significantly,” he said.

“The rollercoaster that you go on [during that period] as a head coach and also as a player, can be very challenging and to be honest I think there are a few systematic processes that need reviewing.

“But, I’m very happy with the quality of athletes that we’ve chosen and have chosen us for our foundation year and I’m excited to see the group can grow together over the course of the year.

“With a lot of the athletes we’ve recruited, growth potential is a pretty common theme and something that was high on my list of priorities when recruiting.

“I wanted this to be a platform for some athletes that perhaps haven’t had the opportunity to truly showcase their skillset and capabilities consistently before. It’s their chance to present themselves on a national stage, get the exposure and take the next step.”

Tamsin Greenway looks at the Vitality Netball Superleague signing window and which players could light up the competition next season.

The Leeds Rhinos’ sporting franchise is a strong one, and Ryan’s words about the way in which they are deciding to build, indicate that their move into netball won’t be a short-term one.

“We haven’t gone out and tried to buy a Superleague title in the first year, our vision had to be cast further than just year one because sustainability for the franchise is a key priority for us,” he said.

“This first season is all about laying the foundations and the continual development and progress we need to make as a new team.”

“There’s so much unknown in building a new franchise and new combinations within a team, so we will need to be patient, but rest assured we’ll be working very hard to make sure we’re a competitive force in 2021.”

In the coming days and weeks, Ryan will announce his player group to the wider world and together they will experience the environment that he’s created and begin their journey towards the 2021 Vitality Netball Superleague season.