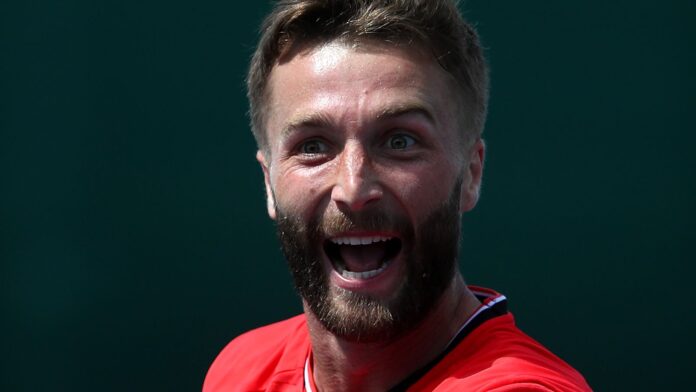 “He sees my game in a place that’s competing at the upper levels of the game, which of course is fantastic to have someone who has that belief in you”

Liam Broady says his coach Dave Sammel has been an “inspiration” on his journey which saw him reach the French Open main draw for the first time in his career.

Broady’s main-draw debut came to an end against Czech Jiri Vesely on Monday after he secured the biggest pay-day of his career by coming through qualifying at a Grand Slam for the first time.

At a set all and a break up in the third set against Vesely, it looked like Broady might carry on his run but he was unable to maintain his level against a very solid opponent and fell to a 6-2 5-7 6-3 6-2 defeat.

The British No 6 has a long-standing history of working alongside renowned coach Sammel, who has worked alongside Jamie Delgado, Arvind Parmar, Barry Cowan and Miles MacLagan during his time in the game.

“We’ve been together now for another three or four years. I’ve known Dave since I was three, four years old. I actually first started playing tennis at Matchpoint just outside of Cheadle, which is actually where Dave’s first programme was that he ran. Very a long-standing history,” said Broady.

“He often kind of gives me that inspiration to play, wants me to be playing in a way that’s exciting, which maybe not a lot of coaches want players to play. He sees my game in a place that’s competing at the upper levels of the game, which of course is fantastic to have someone who has that belief in you.”

Sammel is also the author of the book Locker Room Power: Building an Athlete’s Mind and Broady said the progressive coach has been busy over lockdown working on his online program called Mindset College.

He continued: “I think it was nice for him this tournament to kind of justify some of the things he’s been saying to me over the last three, four years, when my results haven’t been going as well as they have.

“I wouldn’t put that down to his coaching as much as maybe sometimes my professionalism a little bit off the court. Hopefully we can push on from this and just see what the ceiling is.”