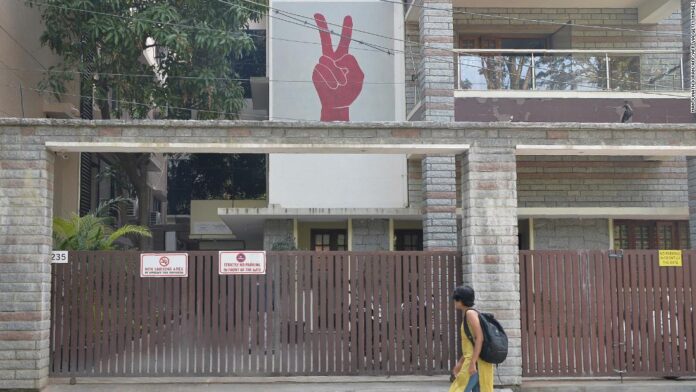 Staff have been laid off, and campaign and research work in the region paused, the statement said.
Amnesty called it the “latest (move) in the incessant witch-hunt of human rights organizations” by the Indian government over “unfounded and motivated allegations.”
CNN has reached out to the Indian Home Ministry and the Enforcement Directorate, a financial investigation agency under the country’s finance ministry, for comment.
“This is an egregious and shameful act by the Indian Government, which forces us to cease the crucial human rights work of Amnesty International India for now,” said Julie Verhaar, Acting Secretary General of Amnesty International, in the statement.
“However, this does not mark the end of our firm commitment to, and engagement in, the struggle for human rights in India. We will be working resolutely to determine how Amnesty International can continue to play our part within the human rights movement in India for years to come.”
Amnesty has been critical of the Indian government in recent years, including Prime Minister Narendra Modi’s move to revoke the special status of Jammu and Kashmir last year.
Avinash Kumar, Executive Director of Amnesty International India, said the “crackdown” on the organization in India was the result of its calls for greater government transparency.
“For a movement that has done nothing but raise its voices against injustice, this latest attack is akin to freezing dissent,” Kumar said in the statement Tuesday.
“Treating human rights organizations like criminal enterprises and dissenting individuals as criminals without any credible evidence is a deliberate attempt by the Enforcement Directorate and Government of India to stoke a climate of fear and dismantle the critical voices in India. It reeks of fear and repression.”
Amnesty said its Indian headquarters was subjected to a 10-hour raid by Enforcement Directorate officers in 2018, before the income tax department started sending investigative letters to more than 30 of the organization’s small regular donors the following year. Authorities did not find any irregularities, but the group’s fundraising campaigns were impacted, Amnesty said in the statement.