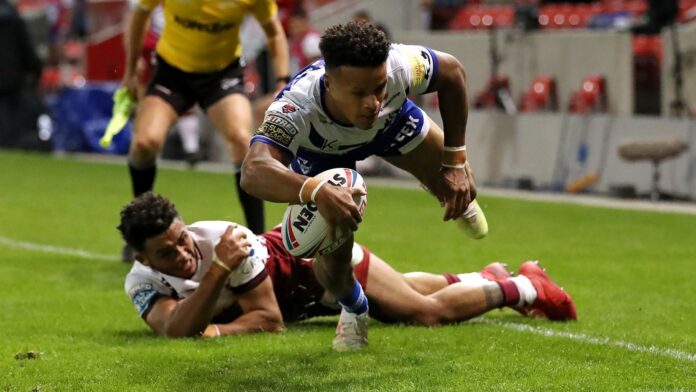 Alex Walmsley’s eighth try of the season put St Helens ahead, with quickfire scores from wingers Welsby and Grace while Sam Halsall was in the sin-bin putting the reigning champions into an 18-0 lead at half time.

Wigan’s youthful side, which had an average age of just 22-and-a-half, continued to plug away valiantly after the break, but further scores from Morgan Knowles, James Bentley, Welsby and Grace, plus Lachlan Coote kicking seven out of seven conversion attempts, sealed a convincing win.